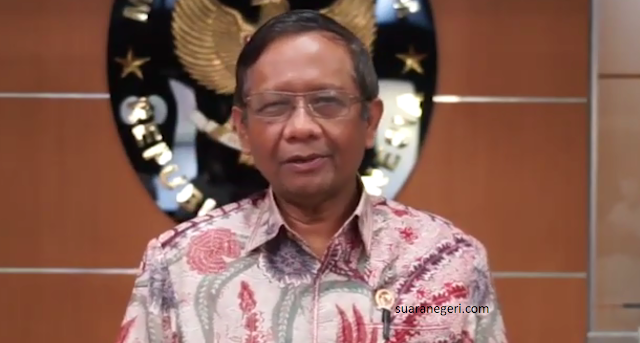 AHADNEWS ■  Menkopolhukam Mahfud Md asked the security apparatus not to overreact when securing the return of Habib Rizieq Syihab. Even so, increased security was bound to happen.
"And I hope that the authorities don't overdo it, consider this a normal thing, it's just that because there is an escalation of community reception, security is also increased, but there's no need to overdo it," said Mahfud Md, Monday (9/11/2020).
Mahfud also requested that Habib Rizieq be protected from the airport to his residence in Petamburan, Central Jakarta.
There should be no repressive action against Habib Rizieq and his followers who picked him up.
"There should be no repressive actions. Everything must be properly guarded until Habib Rizieq arrives safely at his residence, "he said.
According to Mahfud, Habib Rizieq's return was a natural thing. Habib Rizieq is an Indonesian citizen who has the right to leave and enter Indonesia.
Regarding the plan to return Habib Rizieq, on Tuesday the 10th, the government assessed that Habib Rizieq's return was a right that must be protected, because in the past we also gave him the right to leave, not because we asked him to leave. Now he wants to go home, we give him the right to return. Because he is a citizen whose rights must be protected, "he said.
Previously it was reported that Habib Rizieq departed from Saudi Arabia for Indonesia on a Saudia plane at 19.30 local time. The plane carrying Habib Rizieq is expected to land at Soetta Airport on November 10 at 09.00 WIB, today. (**)