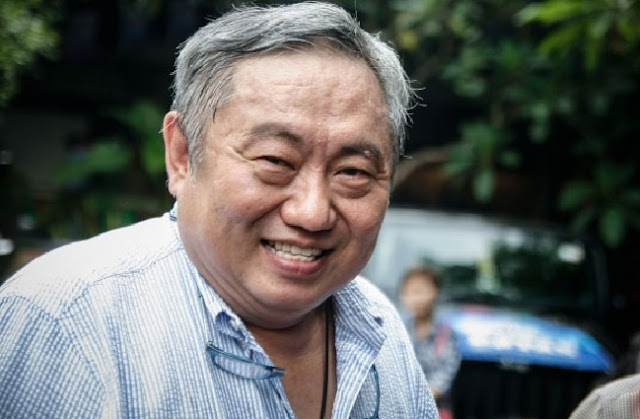 AHADNEWS ■ Commemoration of Heroes' Day which will fall on Tuesday (10/11) should be a momentum for introspection of national leaders for the life of the nation and state in the future.
Chinese activist, Lieus Sungkharisma, explained that Heroes' Day is the best momentum for Indonesian leaders to get the nation and state out of various problems that have been obstacles.
The momentum is more meaningful because Habib Muhammad Rizieq Shihab, who has been in refugee camp for three and a half years, will return to his homeland, "he said in his statement to reporters, Sunday (8/11).
He considered that the return of an important figure from the Islamic Defenders Front (FPI) would be very meaningful for the unity and integrity of the nation, if all state officials welcomed him with open arms.
In the interest of a larger nation, the president and state officials were asked by Lieus to welcome Habib Rizieq's return with a big soul. All provocative statements about the ulama and the millions of followers must be stopped.
"In the spirit of Heroes' Day, I ask the nation's leaders to be enthusiastic about welcoming Habib Rizieq's return," said Lieus.
One form of this great soul, he continued, could be that President Jokowi ordered Defense Minister Prabowo Subianto to specifically welcome Habib Rizieq's return and take him directly to the Palace to speak with the head of state.
"This special reception is not only a form of respect for the great ulama, but also proof that the government really wants to build reconciliation, ”said Lieus.
According to Lieus, if this is done, it will not only be able to reduce the political turmoil that continues to occur due to various rumors regarding the lack of relations between the government and a number of Islamic religious figures and leaders, but it will also be a good first step to reconnect Indonesia's unity.
"I think that is the spirit of Heroes 'Day that we can apply on Heroes' Day this year. That is, the spirit of struggle for a bigger goal, namely the unity, sovereignty and prosperity of the Republic of Indonesia, "he said.(Rls/02)