If the Job Creation Law is signed by Jokowi, Ultimatum Laborers Hold a Large-Scale Action

If the Job Creation Law is signed by Jokowi, Ultimatum Laborers Hold a Large-Scale Action 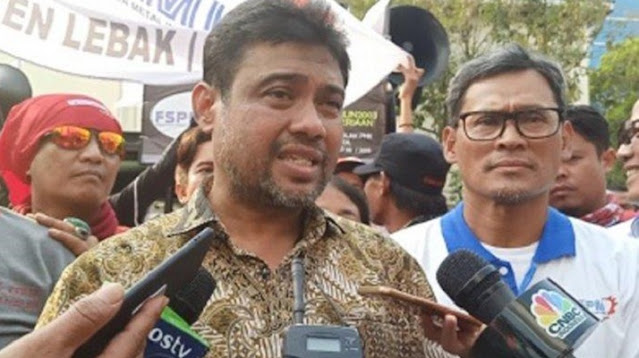 AHAD NEWS ■ The President of the Confederation of Indonesian Workers Unions (KSPI) Said Iqbal mengultimatum, if President Joko Widodo signs the manuscript of the Work Creation Law which has been submitted to the DPR on October 28, then workers will carry out a national scale demonstration on November 1, 2020 to come.
"If the president signs the text of the Ciptaker Law on October 28, we will call on 1 November for national action workers in 24 Provinces and 200 more districts / cities, we will take a massive action," Said Iqbal in a virtual press conference, Saturday (24/10).
Iqbal said that the actions carried out by workers were directed, there was no desire to riot, anarchism, destroy public facilities and be anti-violence.
In line with the action taking to the streets, continued Iqbal, his party will also take constitutional steps by conducting a Judicial Review to the Constitutional Court on the Job Creation Law.
"Then we will go to the Constitutional Court and the Palace. How long will we take action, until we win until the Constitutional Court's decision on the Job Creation Law is issued," said Iqbal. (R/05)