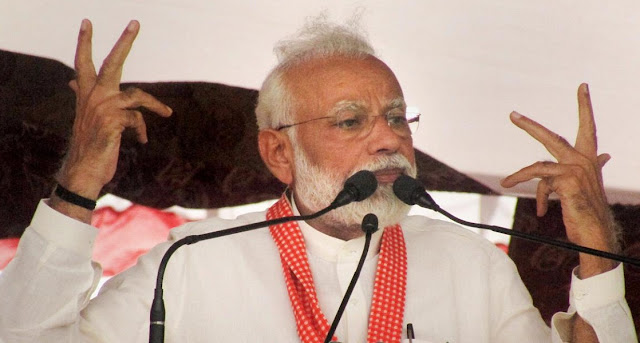 JBN NEWS ■ The Central Board of Indonesian Ulema Council (MUI) and a number of leaders of central Islamic organizations strongly condemned the barbaric and terrorist acts carried out by Hindu extremists supporting Indian Prime Minister Narendra Modi (from the Bharatiya Janata Party) against innocent Indian Muslims. The act violates the principle of human rights.

"This act violates the principles and values ​​of Human Rights (HAM) contained in the Human Rights Charter and occurs in the omission of the ruling government," said Deputy Secretary General of the MUI Leadership Council Nadjamuddin Ramly, reading the contents of the statement of attitude made at the MUI Office Central Jakarta, Thursday.

In addition to strongly condemning these actions, the MUI also urged the Indian Government immediately to uphold justice for Indian Muslims and to revoke the discriminatory citizenship constitution of Indian Muslims (Citizenship Amendment Act / CAA) because it was considered as the main trigger for acts of violence.

Then, the independent institution that accommodates the aspirations of Muslims in Indonesia also urged the United Nations to send a Fact Finding Team to India and take firm steps in accordance with international law and conventions.

They also urged the Indian Government to respect the UN Security Council Resolutions on the fate of Jammu Kashmir residents to determine their fate through plebiscite rights and stop the blockade of Jammu Kashmir.

Then, MUI also asked Indonesian Muslims to realize the Ukhuwah Islamiyah of Indian Muslims by providing moral and material assistance (**)