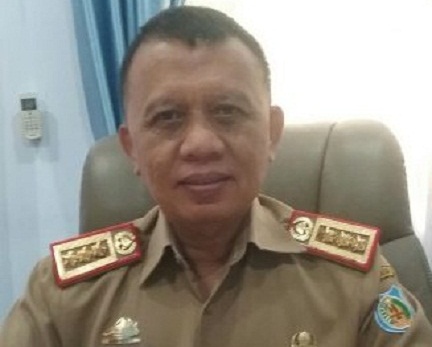 JBN NEWS ■ The Ambassador of the Republic of Indonesia to the Kingdom of the Netherlands, I Gusti A. Wesaka Puja received the visit of the Selayar Islands Regent H.M Basli Ali to the Netherlands, a few days ago.

This visit is one thing that is expected to be utilized in developing Selayar Islands Regency.

REPORTER (R): Several parties had questioned the visit of the Regent and Mr Marjani to the Netherlands. Can you respond, sir?

MARJANI SULTAN (MS): Initially because there was an invitation from the Leiden University Library. At that time the Regent's visa and permission from the Minister of Home Affairs had already been issued.

But then it didn't go away, because there were more pressing and more priority matters. Now the invitation is coming again, and to appreciate, we fulfill that invitation.

R: I wonder what is the urgency so the invitation must be fulfilled?

MS: It turned out that without us knowing, Selayar was very interesting in the eyes of several parties. Not only because of the promotion of the potential of the region which began to attract many parties, including abroad, but also our rich historical and cultural richness, but it is also felt that the wealth has not been utilized to the full.

R: Can you clarify more, sir?

MS: One of the regions in South Sulawesi and even Indonesia that has a colonial footprint is the Selayar Archipelago, and the biggest icon is the controleur house which now functions as the official residence of the Regent.

Likewise with various notes and manuscripts that are scattered in many Dutch museums. That's something, even though it raises a question mark why the Selayar people are calm, especially when compared to other regions.

But it must be admitted, the library and various museums in Europe hope to remain the destination of visits and references in various scientific activities.

R: The real benefits for the region?

MS: First, related to the management of KEK. As input from various parties, historical and cultural elements are also a reason, even reinforcement in the development of the tourism sector.

Second, the House is an icon that is not owned by other regions, even the Youth Field area up to Hayyung can be used as a historic area even if there are not enough criteria as an old city.

Third, the preparation of the Kontroleur House as a Regional Museum, especially regarding its management model and concept, and so on.

MS: That is if we are always prejudiced. Those who use Traveloka will know how much tickets and hotels are.

Especially if you use the promo price because the time of visit to the Netherlands is not the best time where there are many enthusiasts, for example in April during the tulip season.

R: So what is the result of this visit, sir?

MS: In addition to meeting the target, including being welcomed officially at the Leiden University Library, we also visited the Volkenkunde Museum and Tropen Museum which kept many records and relics about Selayar.

We also maximize the time available to meet students and the people of South Sulawesi in the Netherlands. Besides silaturrahim and encouraging each other, also how can motivate younger siblings in the area to study here.

Although it may not be a hadith, the religious imperative is very clear;

"Demand knowledge to China '. Also how can share information to the region about various scholarship programs.

It turned out that there were 3 Selayar people who were taking doctoral programs in the Netherlands. Selayar people are naturally great and will show their class when there is room for it.

We also met with the Indonesian Ambassador in The Hague who was very inspiring for the progress of our region.

Likewise, our meeting with Indonesian exporters who in addition to opening up insights also opened space for our MSME products, including making tour packages to Selayar.

R: Thank you, sir, for a brief explanation. Hopefully the trip to the Netherlands can become a new spirit to the Government of the Selayar Islands Regency together with the Regent H.M Basli Ali in the future.