Vice President of Sports in the Mandalika Tourism Area

Vice President of Sports in the Mandalika Tourism Area 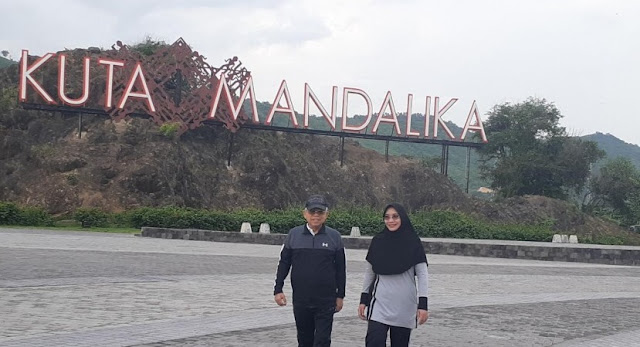 In this sport, the Vice President also reviewed a number of Mandalika tourism area projects that are being built in the region.

The Vice President first warmed up in front of Novotel Mandalika, Central Lombok then followed the streets around the hotel to Kuta Mandalika Beach.

During the walk of about 1 hour, the Vice President monitored a number of project works ranging from tourist signage, toilets, and facilities on the beach. The Vice President also saw the entire model of the Mandalika SEZ project.

He also received an explanation from ITDC Director Abdul B Mansur about the progress of the Mandalika tourism SEZ. To Ma'ruf, Abdul reported that the development of the MotoGP racing circuit was targeted for completion by the end of 2020 with circuit construction standards from the Federation Internationale de Motorcyclisme (FIM) and the Federation Internationale de l'Automobile (FIA).

"Later the location is not around the hotel, for fear that the sound is rather noisy, the plan is around this area sir," Abdul said in his report to the vice president.

Abdul also reported plans to build 5 and 6 star hotels in the Mandalika region. Later, Abdul also ensured the availability of halal tourism at the KEK Mandalika, which was then welcomed by Vice President Ma'ruf.

The Government has established 5 Super Priority Tourism Destinations, one of which is the Mandalika Tourism Special Economic Zone (KEK) through Government Regulation No. 52 of 2014. This region is expected to accelerate the potential of West Nusa Tenggara Province's tourism potential.

The Mandalika SEZ is managed by PT Indonesia Tourism Development Corporation (ITDC), commencing operations on 30 June 2016, which has a coordinating area of ​​± 5,000 Ha and an authoritative area of ​​1,175 Ha.

As an incentive for businesses in the Mandalika KEK region, the government provides facilities for taxation, customs, and attraction for investors through the establishment of Government Regulation No. 96 of 2015 concerning Facilities and Facilities in KEK (in the process of revision, still waiting for the President's signature).

The Mandalika KEK has the concept of developing sustainable tourism, through the development of tourist objects and tourist attractions that are oriented towards conservation and environmental quality in the surrounding area. (source: ROL)