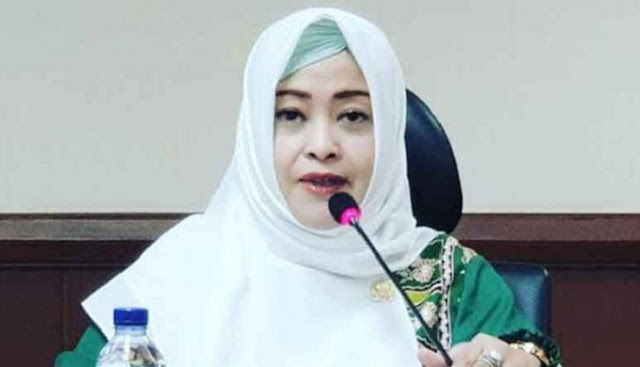 JBN NEWS ■ Protests and criticisms continue to flow over the statement of the Head of the Pancasila Ideology Development Board (BPIP) Yudian Wahyudi who said that the greatest enemy of Pancasila was religion.

Besides being mistaken, this statement by the Head of BPIP has the potential to create unnecessary new noise.

Fahira Idris revealed, precisely the Pancasila biggest enemies are those who contrast Pancasila with religion.

According to him, the relationship between religions in Indonesia and Pancasila was completed when the founders of this nation made Pancasila as the basis of the state. Even religious political thought in Indonesia is important to continue to be developed so that religion and Pancasila can continue.

"So, the greatest enemies of Pancasila are those who contrast religion with Pancasila. 'Enemies' are then state officials and administrators whose actions contradict the values ​​of the Pancasila, "said Fahira Idris in the Parliament Complex, Senayan, Jakarta (13/2).

Fahira asked the Head of BPIP to immediately clarify and explain the purpose of this statement. Because, if not immediately clarified, public trust in BPIP which is an official government institution will collapse and do not expect BPIB to get public support.

This DPD RI member asked the Head of BPIP to focus on the challenges of the current implementation of Pancasila, namely to assess the extent to which Pancasila levels have been understood, absorbed and implemented in every state policy or public policy and development program.

This nation, continued Fahira, has not been fully capable of giving birth to economic, social, legal, and political justice because state policies and national development programs have not been fully based on the five precepts of Pancasila.

According to Fahira, the understanding and implementation of Pancasila must be top down. This means starting with policies issued by branches of state power, namely the executive (President and ministries / institutions below, regional heads), the legislature (DPR and DPD), and the judiciary (Supreme Court, Constitutional Court, Judicial Commission).

If the people see that the public policies issued by these branches of power truly give birth to economic, social, legal, and political justice, then the people will automatically participate in implementing the values ​​of Pancasila in their daily lives.

"So the main challenge of BPIP is evaluating the extent to which public policies are based on Pancasila. "The extent to which state administrators start from the executive and other branches of power, the policy is in accordance with Pancasila," She said.