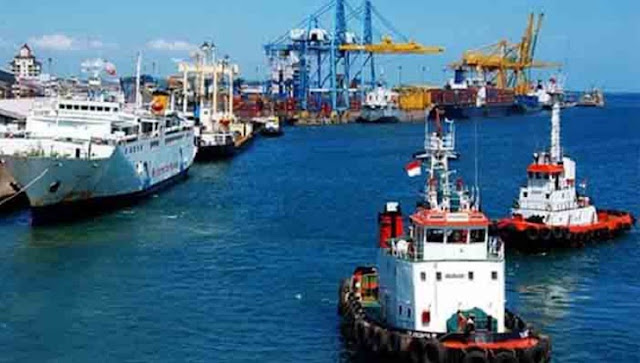 JBN.CO.ID ■ Sea highway subsidies are still a priority of the government. Next year, the subsidy budget will be disbursed as much as Rp.436 billion.

The subsidy budget is far greater than last year amounting to Rp222 billion. But the budget is only enjoyed by unscrupulous entrepreneurs. The sea toll monopoly has been complained about, especially routes in Eastern Indonesia (KTI).

The Secretary of the South Sulawesi Indonesian Unloading Company Association (APBMI), Usman Amin, said that the sea toll is controlled by certain distributors. Especially those who have cooperation with Ministry of Trade staff.

"Difficult to deal with, permission to use must go to the ministry. That's why someone is playing, "Usman said, Sunday, November 3, 2019.

The game he said, to trick distributors using different names. But still the same person who booked.

In fact, he said, it was rarely an expedition in Makassar that knew sea highway. Including the office and how to book.

As a result, he said, it seems that certain people are prioritized. "We don't understand the use of sea highway containers. The schedule and route are also unclear, "he said.

So he said, it was indeed very important that there were regulations to dispel these monopolistic practices. So entrepreneurs can enjoy the same service.

Director of Traffic and Navy of the Ministry of Transportation Wisnu Handoko, said the budget will increase along with the addition of the sea toll route next year. "For the 2020 sea toll subsidy, it was Rp.436 billion," he said.

He also acknowledged that the sea toll road has not produced maximum results.

But that does not mean there is no impact. Wisnu said, the problem was with the shipper and the management services.

Then, the consignee (importer) and shipping company must be monitored.

"The most problems in Eastern Indonesia, the delivery of goods is very dense," he said, as released by Fajarnews