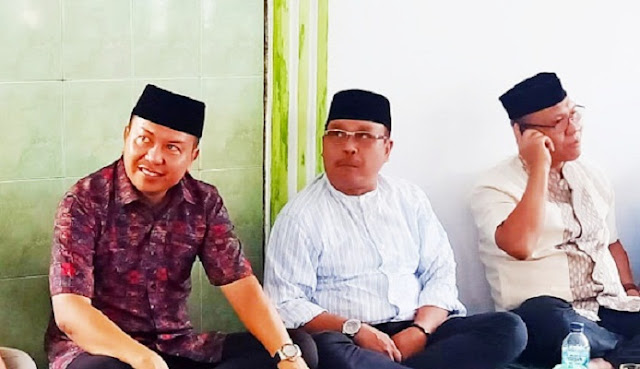 On that occasion, the MBA requested directly to members of South Sulawesi Legislative Council H.Ince Langke so that the port of Pattumbukang which had been the Province's asset had been transferred to the Selayar Islands Regency Government to be addressed.

After meeting with the Minister of Transportation, said MBA again, Selayar received a DAK allocation for the Pattumbukan port with a value of 43M.

"At the moment we are trying to bring the assets as soon as possible to the regions so that they can be improved," he added.

In addition to the port of Pattumbukang, the Regent of Selayar Islands H. Muh Basli Ali also asked the provincial government to help speed up plans to open the Bali - Selayar flight route.

On this occasion Basli Ali also said that the ferry vessels promised by the provincial government had entered the document preparation stage.

"Alhamdulillah, the ferry ship assistance promised by the Governor is in the process of compiling documents with a total budget allocation of 35M," he said.

Basli also promised to continue to fight for the interests of the people of the Selayar Archipelago Regency both at the provincial and national levels.

Upon this request, South Sulawesi Legislative Council Member H.Ince Langke promised to convey the aspirations and input from the Selayar Regency Government and the people of Selayar Islands Regency.