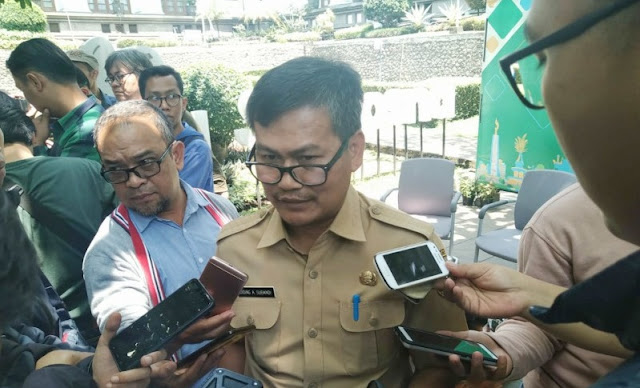 JBN.CO.ID ■ The West Java Provincial Government will offer a number of development projects to hundreds of foreign investors. This was done to accelerate development in West Java.

The bid for a number of these projects will be held through the 2019 West Java Investment Summit (WIJS) event at the Trans Luxury Hotel, Bandung City, on Friday (10/18/2019).

The Head of Development and Promotion of the West Java One-Stop Integrated Investment and Services Office (DPMPTSP), Eka Hendrawan said, there were at least 200 to 300 foreign investors from various countries who would attend the event.

In addition to domestic investors, several foreign investors who have shown interest in the project come from the European Region (England, Belgium and France), the American Region (USA and Canada Middle East Region (Kuwait, Pakistan, and Sudan) and the Asian Region (Singapore, South Korea, Malaysia and China).

"WJIS 2019 will be divided into 5 main activities, namely High Level Session, Signing of MOU / Investment and Trade Agreement, Project Development, One-on-one meeting, and Investment and SME Exhibition. Specifically for the MoU signing session, the signing of the MoU will be signed.

"Several investment agreements between Iain and the Cikidang industrial area, the expansion of an electronics factory in Bekasi Regency and a trade agreement with the BUMD of West Java Food," said Eka at the Gedung Sate Museum Lobby, Bandung City, Monday (10/14/2019).

Eka explained, his party held WJIS as a market sounding for a number of development projects, especially TP PAS Legok Nangka which will be tendered at the end of this year.

According to Eka, WJIS as the market sounding for the TP PAS Legok Nangka project will be tendered at the end of this year. For this WJIS, he ensured, there would be a far greater number of participants juxtaposed before.

"This event is usually biannual, but in 2019 we want to better organize this event and at the direction of the governor of the event the name was slightly changed to the West Java Investment Summit," he said.