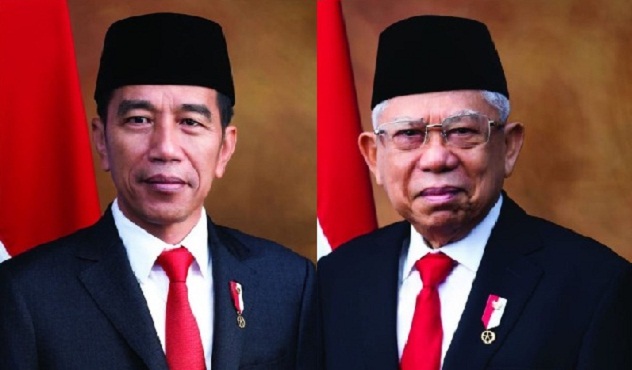 JBN.CO.ID ■ The State Secretariat has published official photos of the elected president and vice president Joko Widodo and Ma'ruf Amin. The photo can already be displayed at the ministry / institution after Jokowi-Ma'ruf was inauguration ceremony.

This photo can already be accessed and downloaded at the official website of Kemensetneg. There are two sizes provided, namely A2 and A3.

In addition, the leaders of non-structural institutions, governors, regents and mayors, heads of representatives of the Republic of Indonesia abroad.

"Regarding this matter, you can download the official photo referred to through the website of the Ministry of State Secretariat (www.setneg. Go. Id). The use of the official photo is intended to be carried out in accordance with the provisions of the applicable laws and regulations," wrote a letter from the Ministry of State Secretariat signed by State Minister Pratikno.