Ranti Mountain on the Border of Banyuwangi Burned

Ranti Mountain on the Border of Banyuwangi Burned 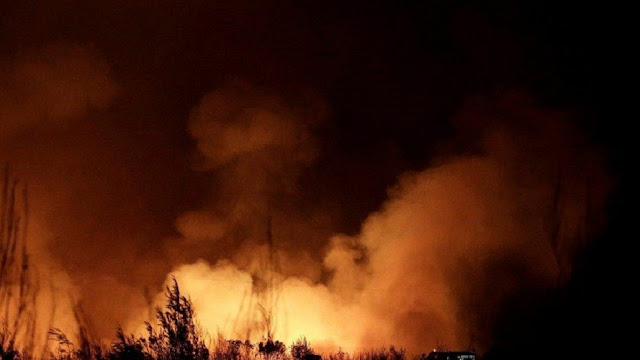 JBN.CO.ID ■ Again, a severe fire broke out at Mount Ranti on the border of Banyuwangi Regency and Bondowoso Regency, on Saturday (10/19/2019).

Based on amateur video footage from the burned location residents are on the west side behind the Mount Ranti Rest Area.

Sutrisno, a Paltuding resident, confirmed the fire incident. "The fire was small, then getting bigger, maybe because of the weather and the wind. evening time already seen. But it got bigger after Maghrib, "he said.

The fire, struck almost all locations on Mount Ranti. Including the climbing route to the summit.

"The fire is clearly visible from the Rest Area of ​​the Mount Ranti and Paltuding Areas," he added.

Meanwhile, Head of Emergency and Logistics Division of the Banyuwangi BPBD, Eka Muharam confirmed the existence of the fire.

He said he had deployed a team to anticipate more severe fires.

"Earlier we had send a rapid reaction team to minimize the enlarged fire and spread to other places such as in Mount Ijen Crater," he said. (Foto: ilustrasi)