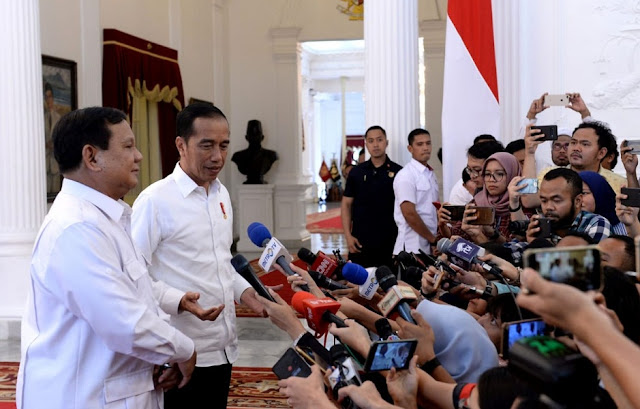 The news circulating, Prabowo is said to be replacing Ryamizard Ryacudu as Minister of Defense of the Republic of Indonesia.

President Ali Mochtar Ngabalin's staff said that he would be grateful if the news came true.

"If later it is true as written by many people and what we hear about the possibility of him becoming Minister of Defense or other, I'm Alhamdulillah," Ngabalin told reporters in South Jakarta, Wednesday (10/16/2019).

According to him, Prabowo was indeed suitable to occupy the seat of the Minister of Defense considering Prabowo's background as a former Kopassus commander.

"Because he certainly has an extraordinary military background, we know that it will contribute to the work of the national defense system. Yes, hopefully Amin, Insha Allah," he said.

While Prabowo's spokesman, Dahnil Anzar Simanjuntak said Prabowo had fully submitted the decision on the appointment of the cabinet to president Joko Widodo.

Dahnil asserted, Prabowo will continue to contribute to the nation both inside and outside Jokowi's government in the next five years.

"It depends on Mr. Jokowi. Does Mr. Jokowi need and will undergo the concept (big economic push) with the conception of what has become his vision and mission," Dahnil said on the sidelines of the National Leadership Meeting and Gerindra Party Cadre Meeting in Hambalang, Bogor, West Java , Wednesday (10/16/2019).