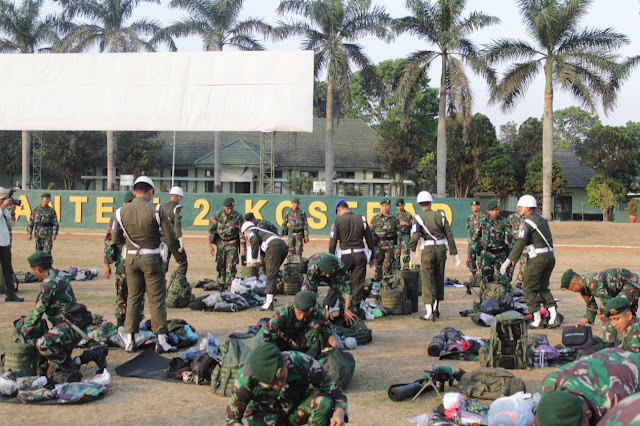 A total of 6 Denpom Divif 2 Kostrad soldiers, led by First Lieutenant Cpm Romi Nugroho, conducted an inspection including checking material in the form of weapons, munitions, vehicles, special equipment and equipment (Alkapsus) as well as several other material.

In addition, Denpom Divif 2 Kostrad soldiers also carry out additional checks relating to soldiers' violations, such as weapons that are not indexed by units, illegal munitions, sharp weapons, animals or plants that are protected, as well as items deemed not permitted to be carried by a soldier .

The results of this inspection are not obtained illegal goods / objects brought by the soldiers, so that after the inspection is held, all soldiers can return to the unit.

First Lieutenant Cpm Romi Nugroho as the Team Commander conveyed, we always carry out checks like this on all soldiers returning from the assignment area.

"This aims to anticipate the possibility of bringing illegal goods or the like from the assignment area," he concluded.