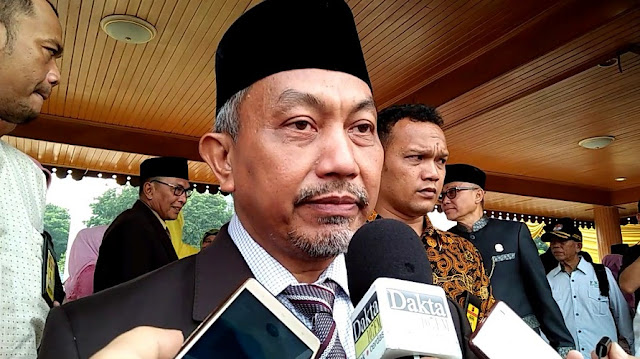 "I see this plan to produce pros and cons. But this revision discourse must be fully supported by all parties because it provides benefits for the community. I support this revision plan, "he said, on Monday (10/14/2019).

According to the Chairman of the West Java PKS DPW, there are at least some strong reasons why he supports the PKPU revision discourse.

"First, our country is based on Pancasila. The First Precepts read: The Almighty God. That is, religious values ​​become our foundation. All religions certainly do not allow followers to commit immorality such as adultery and drunk, "he explained.

Second, according to Syaikhu, every election event always consumes a lot of money. In 2018 when the elections were held simultaneously, the funds needed were as much as Rp 20 trillion.

"It is very sad if with such a big budget but it does not produce the best moral leaders," he added.

Third, according to Syaikhu, the people are entitled to get the best leaders without defects. "Thus, they will get an example. Also able to bring benefit, "he said

Fifth, according to Shaykh in Islam according to him liquor or khamr is called ummul khobaits (the mother of evil).

"Leaders who like to get drunk will very easily commit other crime," he said

In Shaykhu view the bad behavior of the leader will only hold him hostage, so that he cannot be maximal in carrying out the mandate as a public official.

"All that remains is for all parties to sit together, get clear parameters or measures of adultery and drunkenness so that the counter party can be accepted," concluded Syaikhu.