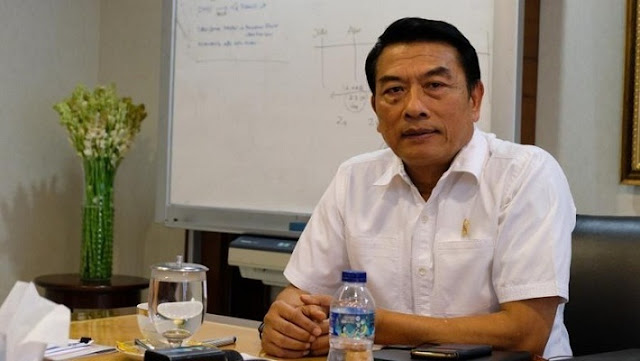 JBN.CO.ID ■ Presidential Chief of Staff (KSP) Moeldoko said President Joko Widodo directed the inauguration ceremony for the President and Vice President for the 2019-2024 period to be carried out simply.

For this reason, Moeldoko clarified and revoked his previous statement.

"The message conveyed by the President, wants the event to be held by friends is not carried out excessively, so for that it does not need to be done as I mentioned earlier, there is a carnival and so on," Moeldoko said at a press conference at the Bina Graha Building, Jakarta , Wednesday (10/16/2019).

According to him, the President appreciated the wishes of volunteers and community leaders who wanted to hold a cultural carnival.

But the President, explained Moeldoko, wants no need for a great euphoria.

"We need to convey this so that all those who prepare it will not be disappointed because the President wants to work immediately. That is something the community has been waiting for," said the former TNI Commander.

Moeldoko hopes the supporting volunteers can understand the President's direction.

Previously it was planned that a cultural carnival would be held on Jalan MH Thamrin to Jalan Merdeka Barat.

A number of components of the community want to hold parades and cultural attractions performed by several artists from art galleries.

Andi added volunteers would still plan to be present at the palace to congratulate Jokowi.

"Even if there is no cultural parade, we will welcome the President when he returns to the palace. We will not leave Mr. Jokowi alone," Andi said at the press conference.