Midnight There was a Land Movement in Sukabumi

Home   INDONESIA TODAY Midnight There was a Land Movement in Sukabumi

Midnight There was a Land Movement in Sukabumi 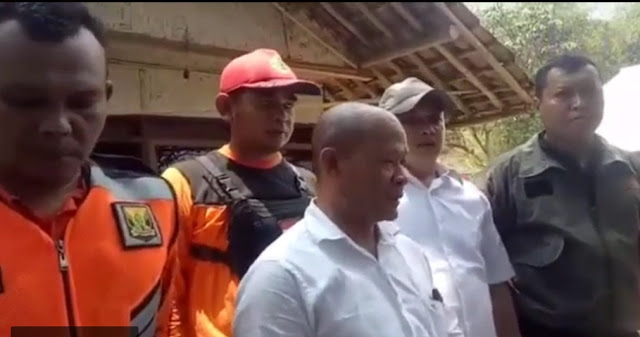 JBN.CO.ID ■  The movement of land in Kampung Benda, Karangtengah Village, Cibadak District, Saturday, October 12, 2019 is increasingly widespread. To anticipate various possible disasters that could threaten the lives of residents, the sub-district apparatus appealed to be alert.

Sukabumi District Social Service has installed a number of refugee tents not far from the residents' thoughts. Emergency tents were alerted to 44 displaced family heads. This is in line with land fractures that occur during heavy rains and have the potential to cause landslides.

Residents themselves have felt the ground vibrations twice to make alert, especially on Saturday morning so they immediately alerted.

"Residents feel the movement of the ground at midnight. But large movements are felt before dawn. Residents immediately ran out of the house," said TKSK Cibadak District, Ferdi.

He said the movement of the land had severely damaged two people's homes. One mosque unit experienced a similar condition. It's just natural mosque building cracks on the walls.

"As soon as dozens of other residents' houses experienced similar conditions. Two houses shifted land and there were cracks quite wide and deep," he said.

The Regent of Sukabumi, Marwan Hamami, has ordered all relevant agencies to immediately take measures to deal with it. They were ordered to be prepared to prepare for various possible disasters. Steps for coordination with related agencies must also be carried out immediately.

"Preparedness must be at the level, while waiting for recommendations from the Geology Agency in Bandung. If indeed it must be relocated then these efforts will be immediately carried out in order to save citizens," he said. 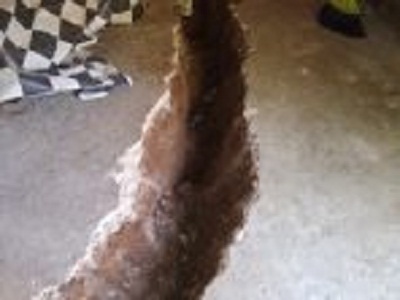