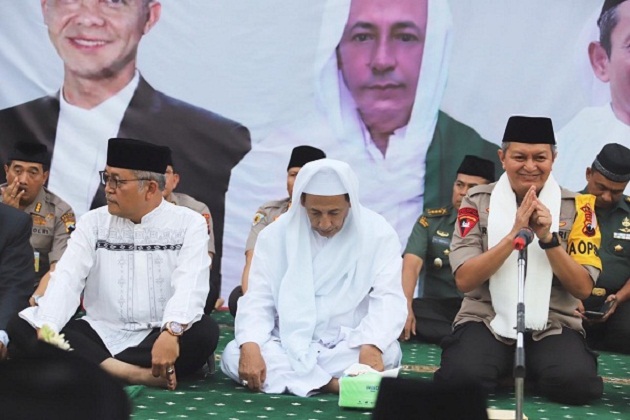 Central Java Police Chief, Inspector General of Police. Ryco Amelza Dahniel, said the prayer program for the country was held as a thank you to the people of Central Java who have maintained the security and smoothness of the democratic party, the 2019 Elections, which took place some time ago.

Not only community leaders who attended the joint prayer  led by Habib Lutfi. Several Central Java Provincial Government officials were also present at the event, one of them was the Provincial Secretary of Central Java, Sri Puryono.