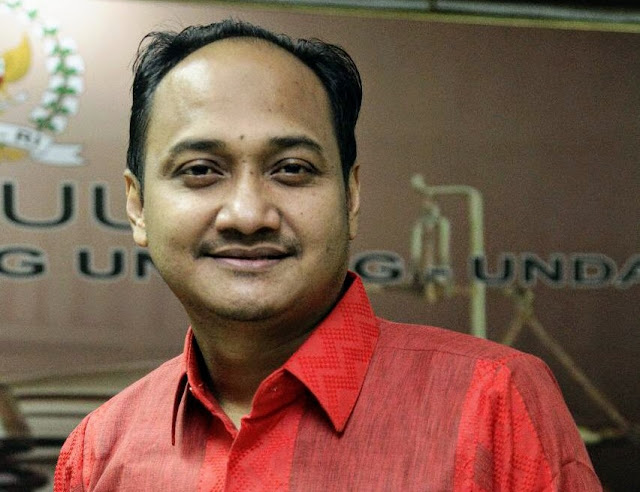 "The importance of the DPD RI plays a role in opening the moratorium tap of the New Autonomous Region, because for decades the region is still struggling for pemekaran," said Fachrul Razi.

He said that it was time for the DOB  to continue to open considering the needs of the area. "DPD is currently fighting for 173 DOB even increased by 314 DOB to date, the legal basis is the signing of two RPPs into PP on Regional Arrangement and PP on Regional Arrangement Design (Desertada) which until now has not been signed by the government so DOB ​​is stopped, we will an audience with the National Coordination Forum for the Acceleration of the Establishment of a New Autonomous Region throughout Indonesia (Forkornas) throughout Indonesia on November 12th, "said the Aceh Senator.

Fachrul said there was a signal from the government opening a DOB tap for Papua, this had to be responded positively, but according to the young Senator also other DOB candidates were also a priority.

Fachrul Razi who is also the Chairperson of Committee I initiated that the issue of Papua was made a priority during the session of the DPD RI Committee I. This got a response from other members who decided that Committee I should form the Papua Special Committee.

Committee I DPD RI in the near future will propose the establishment of the Papua Special Committee in order to help resolve the long-standing Papua conflict.

"Settling the Papua case requires another approach. Do not just use the military approach," said Chairman of Committee I Teras Narang after chairing the plenary meeting of Committee I discussing the draft Schedule and Work Program of Committee I for Session Period 2019-2020, in the Committee I meeting room of DPD Building RI Senayan Jakarta, Monday, October 14, 2019.

"Developing in a meeting other than discussing a limited schedule until December 2019, we prioritize the Papua problem and propose that there is a special committee initiated by Committee I. The Papua problem can not only be solved by a military approach, the government and the regions must go down and the DPD RI as regional representatives must be present "We all agreed that we would bring it to the leadership meeting to be agreed on in the plenary regarding this problem in Papua," said Teras Narang.

He continued, during this Session Committee I would also propose a revision of the Election Law related to the implementation of the Simultaneous Regional Election in 2020.