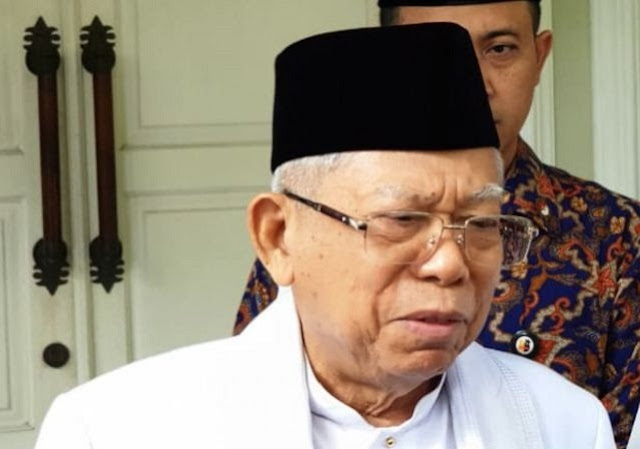 JBN.CO.ID ■ Deputy General of the Indonesian Ulema Council, Zainut Tauhid said KH Ma'ruf's Amin condition was in good condition and was ready to take part in the inauguration process as vice president to be held Sunday  (10/20/2019).

This was revealed by Zainut Tauhid to refute unpleasant rumors about Ma'ruf Amin who is now 76 years old.

"He is in very healthy condition, lots of smiles, lots of light jokes," said Zainut Tauhid  after meeting Ma'ruf Amin at his private home, in Jakarta, Saturday (10/29/2019).

He had a conversation with Ma'ruf Amin, asking about the activities and preparation for the inauguration.

"He also had a special interview session for several media, and received a visit from the former Chairman of the DPD, Oesman Sapta Odang," he said.

MUI, he said, prayed that the entire inauguration process could run smoothly, there were no events that hampered the peak process of the democratic party.

There was no extraordinary activity at Ma'ruf Amin's house on Jalan Situbondo, Menteng, Central Jakarta, on the eve of the inauguration.

The plan, Ma'ruf will carry out the procession of inauguration and taking the oath of the vice president at 14.30 WIB tomorrow Sunday.