Buwas Fend Off Slander: Rice Is Much Controlled by Sontoloyo

Buwas Fend Off Slander: Rice Is Much Controlled by Sontoloyo 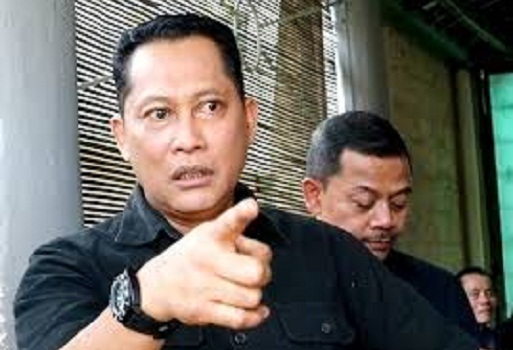 JBN.CO.ID ■ The Managing Director of the Logistics Agency Public Corporation (Bulog), Budi Waseso (Buwas) was asked to prove his words.

Earlier, Buwas said that Bulog was slandered with a forgery mode so that rice from Bulog was considered bad and did not make the community interested.

Responding to this, Former Managing Director of Bulog, Sutarto Alimoeso challenged Buwas to prove his words which felt Bulog was slandered.

So, according to him, if he really feels slandered about poor quality rice, Buwas is better to report it to law enforcement so that it does not become a polemic.

Previously, Buwas said that he had prepared 700 thousand tons of rice until the end of the year to be distributed through the Non-Cash Food Assistance (BPNT) program. However, Buwas was pessimistic that the target could be fulfilled because until September only 30 thousand tons had been realized.

Buwas argued that Bulog was slandered with a forgery mode so that it was as if the rice issued by his party was bad and made the community uninterested.

Questioning BPNT, Sutarto explained that the distribution of the BPNT program had actually been discussed for a long time. In fact, when he was in office, he had suggested that BPNT should have distributed Bulog rice since January.

"Our suggestion used to be so. We have conveyed this suggestion directly to the President," he said.

According to Sutarto, if this had been discussed since January, certainly there would not have been a problem with the quality of rice as Buwas complained about today. So, if you are now concerned about quality, it's because it's been a few months.

"If it has been in January until now it has been eight months. Try if it has started since last January, meaning that most of the rice has come out then can buy new rice," he said.

On another occasion, responding to Bulog's uptake of rice which is still very far from the 700 thousand tons target for BPNT, researcher Indef Rusli Abdullah said, the distribution of rice to BPNT was originally a request of Bulog.

"The reason is that BPNT is not distributing, there are portions of Bulog and non-Bulog, BPNT recipients may choose any rice, the quality is as desired," he said.

Rusli said that what the government or Ministry of Social Affairs might be able to do was to divide the regional or regional distribution of BPNT rice. For example Bulog holds full distribution in parts of Java or Sumatra, while other suppliers on other islands.

"We know that the Bulog warehouses are located in almost all provinces in Indonesia, so the Government can regulate them so that the rice in the Bulog Warehouse can be distributed," he said.

He said, the quality of BPNT Medium rice and above must also be maintained. Meanwhile, if the rice piles up too long in the warehouse, there will be a decrease in quality.

"The data in Bulog must be checked first, whether the declining quality of rice is in the warehouses so that it cannot be distributed to BPNT," he explained.

Meanwhile, Buwas said there was a counterfeiting of the rice brand. In a sack of rice looks premium brand, but in fact the distributor sells medium quality. In addition, in his team's findings, out of 3000 e-Warong, around 300 were e-Warong 'stealth'.

He also revealed his anger after being circulated by accusations that the BPNT Bulog rice smelled and had fleas. "If the Bulog rice stinks, it just wants to build an opinion that Bulog rice is bad," said Buwas.

"The order is one hundred percent, but it can't. Imagine, the first month should be at least 130 thousand tons, but the fact is that it is still 30 thousand tons, the others are controlled by this" sontoloyo-sontoloyo "," he said.