Anies Baswedan: Don't Come Down To The Street, Look On Television Only

Home   INDONESIA TODAY POLITICS Anies Baswedan: Don't Come Down To The Street, Look On Television Only

Anies Baswedan: Don't Come Down To The Street, Look On Television Only 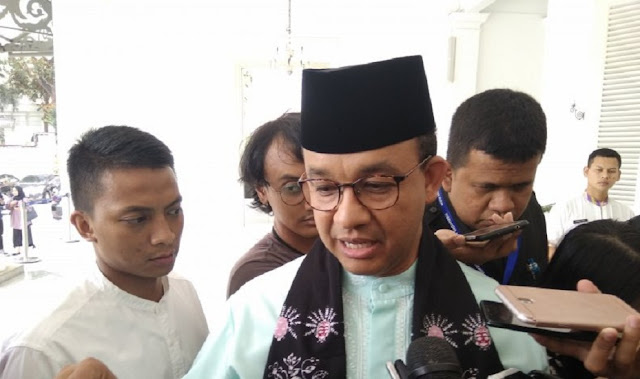 JBN.CO.ID ■ DKI Jakarta Governor Anies Baswedan urges the public not to take to the streets when the inauguration of the elected president and vice president 2019-2024 is scheduled to take place on Sunday (10/20/2019) tomorrow.

"Just follow it on television, follow it in the media after that, do your daily activities again," Anies said at the Jakarta City Hall, Saturday (10/19/2019).

Anies hoped that the situation during the inauguration of the elected president and vice president, Joko Widodo and Ma'ruf Amin would be as conducive as normal days even though this was an event every five years.

Jakarta, said Anies, has coordinated with the central government and the Jakarta Regional Leadership Communication Forum (Forkopimda) which has been running for about two months to prepare for the various inauguration needs.

"It has actually been two months to prepare the inauguration activities to be discussed with the central government. We are just supporting them. We are asked to prepare an ambulance, Transportation Service officers, Satpol PP that we prepare," said Anies.

It is planned that the inauguration of the president and vice president will be carried out on October 20, 2019 at the Indonesian Parliament Building by the Chair of the MPR. The oath was taken by the Supreme Court.