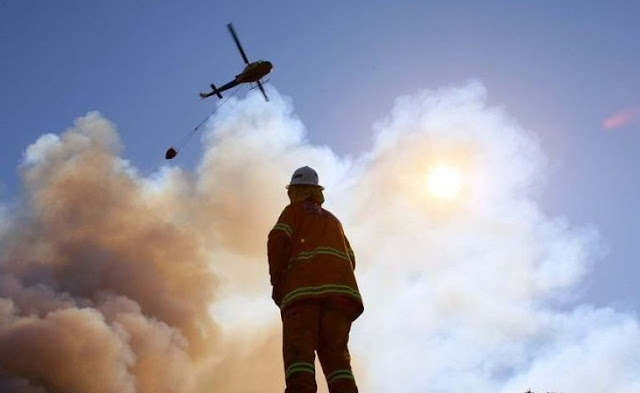 "Emergency treatment in the South Sumatra region continues to this day. The water used for water bombs has reached 66 million liters," Agus Wibowo said through a press release in Jakarta, Monday (10/14).

Agus said the weather modification technology operation had also spread 14,300 kilograms of NaCl salt. The air operations carried out were supported by a combined ground personnel of more than 8,000.

Until Monday at 09.00 WIB, hotspots in South Sumatra reached 1,184 points, based on a satellite-fashionable satellite image of the National Aeronautics and Space Institute (LAPAN) catalog for 24 hours.

"The direction of the distribution of smoke in South Sumatra spreads to the North West. Hotspots are observed in areas, such as Ogan Komering Ilir, Banyuasin and Musi Banyuasin," he said.

The Palembang City Education Office instructed teaching and learning activities at the level of early childhood, kindergarten, elementary and junior high school education, both public and private, which were closed to an undetermined limit.

Air quality based on PM2.5 indicators in the South Sumatra region reached dangerous levels or 921. (ft/ilust bc)