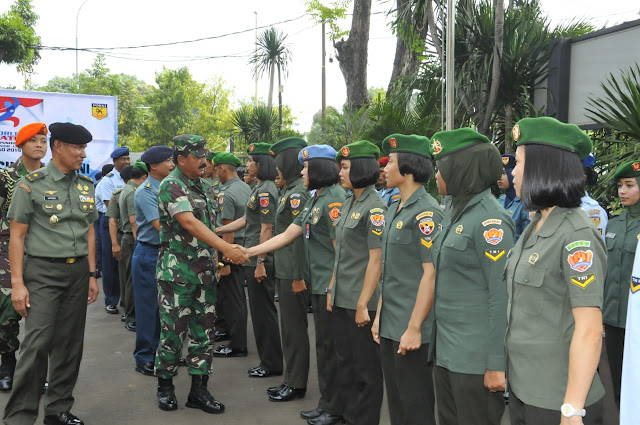 JBN.CO.ID ■ Around 77 TNI athletes who are members of the Indonesian Military Sports Committee (KOMI) Contingent took part in the world class championship in the 7th CISM (Conseille International du Sport Militaire) 2019th World Military Games 2019 in Wuhan, China, on the date of October 17-29 2019.

While the World Karate Federation championship which will take place on October 23-27 2019 in Santiago Chile, FORKI dispatched 30 athletes and 10 managers / trainers.

"I believe that Indonesian karateka and TNI athletes are ready to compete and show performance in the two world championships," said Air Marshal Hadi Tjahjanto as Chairman of the Executive Board of the Indonesian Karate-Do Sports Federation (PB FORKI).

According to him, all the athlete's hard work and hard work will not be in vain.

"We must be confident and compete with confidence. "There are no opponents that we cannot defeat and we will be able to offer the best achievements," he said.