3 Candidates for Solo Mayor Have Been Visiting KPU Solo

3 Candidates for Solo Mayor Have Been Visiting KPU Solo 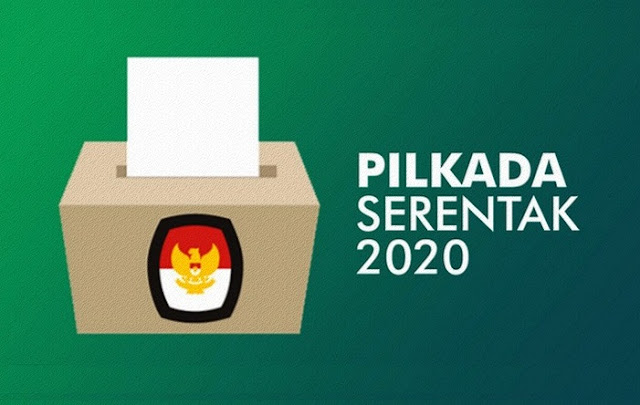 JBN.CO.ID ■ The election of regional heads to elect the pairs of Mayor and Deputy Mayor of Solo for the 2020-2025 period to be held in 2020, is expected to be exciting with the emergence of many individual candidates from the path.

Until Wednesday (10/16/2019), there were three people who said they would go forward in the 2020 elections and came to the Solo City Election Commission (KPU) to find information about the nomination requirements.

Solo KPU Chair Nurul Sutarti, said that prior to the registration period of the mayor and deputy mayor of Solo in December 2019, three Solo residents had come to the KPU to request registration requirements from each channel.

The three people are, Isa Ansori from the People's Struggle Command Post (Pospera), a volunteer group of supporters Joko Widodo in the last presidential election that will bring one of the Pospera leaders.

Pospera, which will enliven the Solo City Election, will take an individual route to one of the figures whose names have not been mentioned.

Implicitly, Isa Ansori only mentioned the person to be nominated as Solo Mayor 2020-2025 was a member of the Regional Representative Council (DPD) from Central Java.

"If the Pithi Hanoto Baris Rat Network is planned to propose the couple Bagyo Wahyono and F.X. Supardjo through individual channels. They ask about the requirements and registration mechanism for selecting the mayor from the individual lane," said KPU Chairperson Solo.

Among the last three people were candidates for the 2019 DPR RI constituency from the Indonesian Unity Party (Perindo), Henry Indraguna.

Candidates who declare themselves out of Perindo, come to the KPU office also ask for an explanation of the registration of candidates for the Mayor of Solo from the individual lane.

Nurul Sutarti explained to three people about the requirements that must be met and the stages of submission of individual candidate registration documents from 11 December 2019 to 5 March 2020.

In addition, candidates must submit a statement of support containing the name and identification number of the population (NIK) along with the signature and attached with a photocopy of the National Identity Card (KTP).

"Those who register as candidates for mayor and deputy mayor through individual channels, are required to be supported by 8.5 percent of the total Permanent Voter List (DPT) in the last election, in more than 50 percent of the counties," he explained.

Nurul added, based on DPT data in the last election, the total registered voters were 421,999 people. Referring to the data, he said, each candidate for mayor who registered through an individual route must have at least 35,870 people from three districts.

Meanwhile, in the Indonesian Democratic Party of Struggle (PDIP), Solo City has long agreed to bring the deputy mayor of Solo, incumbent Achmad Purnomo, who is paired with the PDIP Solo DPC Secretary, Teguh Prakosa, to run in the upcoming local elections. The couple's name has now been socialized and is just waiting for a recommendation from the PDI-P DPP.

In addition, the name of President Jokowi's son, Gibran Rakabuming, also appeared as a candidate for Mayor of Solo. Recently, a catering businessman who is now opening a martabak business is conducting a political safari, including visiting Solo Mayor FX Hadi Rudyatmo who is also the Chairperson of the PDIP Solo DPC.