Yana Asks for Immediate Realization of Halal Tourism in Bandung

Yana Asks for Immediate Realization of Halal Tourism in Bandung 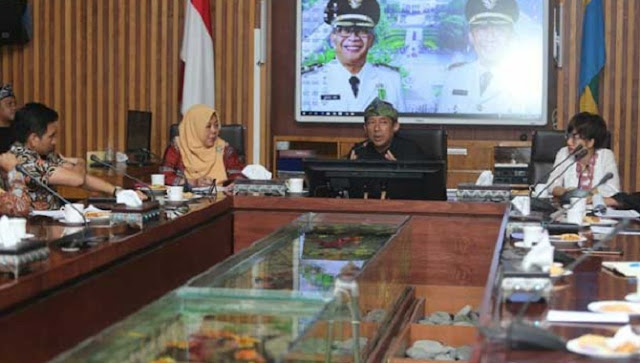 JBN.CO.ID ■ The Mayor of Bandung, Yana Mulyana requested that halal tourism be realized immediately, so that it could be an attraction for tourists to visit the city of Bandung.

"If that can be done quickly, the team will continue to coordinate, so that the city of Bandung can present halal tourism," Yana said when chairing the Halal Tourism meeting at the Bandung City Hall, Wednesday (08/28/2019).

Yana said, the halal tourist area is not only seen from the food alone. But also from facilities such as toilets, eating places and other environments.

"Everything must be absolutely halal. Not just food, many components besides that," he said.

To facilitate the public to access and consume halal food, he suggested using advanced technology. Among them through applications that are easily accessed.

"You can use this application so that tourists can find food in the halal area easily," he advised.

He also encouraged halal tourism to collaborate with all parties, such as halal hotels.

"We encourage one hotel, for example Islamic hotels can arrange everything with halal techniques. So it's not just a label, so people know when visiting Bandung," Yana said.

"We will compile a road map even until 2023. It will only be more detailed in technical details. Especially in matters such as promotion integrity and so on," Kenny said, nickname.

According to him, the presence of halal tourism can increase visits in the city of Bandung.

"Bandung has a huge potential. Bandung's opportunity to increase hotel occupancy in terms of income. Housing income from tourists for at least 4 days, you can imagine the facilities and infrastructure so that tourists can be available in Bandung," he explained.

He also hopes that public spaces in the city of Bandung can be more representative so that tourists who visit are more comfortable.

"The public space for marketing and supporting environment. This is the task of the acceleration team later. Hopefully we will declare September, that the city of Bandung is ready for halal tourism," Kenny said.