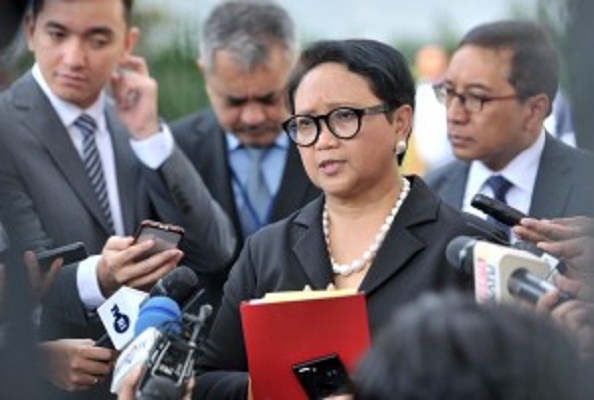 JBN.CO.ID ■ Foreign Minister Retno Marsudi said that President Joko Widodo (Jokowi) would travel to Kuala Lumpur, Malaysia tomorrow for a state visit. The agenda of the visit was on Thursday (8/8) afternoon from Denpasar, Bali.

"There (Kuala Lumpur, red) , then the next meeting will be held on Friday (9/8) morning until Friday prayer together with Tun (Tun Mahathir Mohammad, Malaysian PM, ed)," the Foreign Minister told reporters after accompanied President Jokowi to receive 12 new ambassadors from friendly countries, at the Merdeka Palace, Jakarta, Wednesday (7/8).

"So the President in Singapore, as planned, will not stay overnight, at night he will soon return to Indonesia," said the Foreign Minister.

When the reporters asked again about the invitation from the Singapore PM, Foreign Minister Retno Marsudi confirmed it. "Yes, okay. Thank you," he concluded. (PR)