The Earthquake as a Sign of the Apocalypse Is Getting Closer

The Earthquake as a Sign of the Apocalypse Is Getting Closer 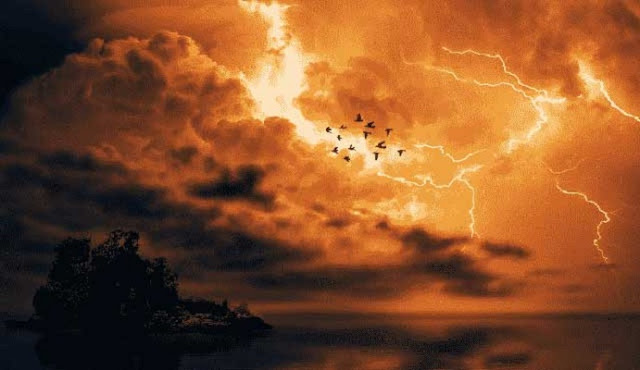 One of the signs of the end and the end of time is that many earthquakes occur. There are several nash that explain this.

In another history mentioned an earthquake occurred in a long time, for several years.

From the friend Salamah bin Nufail as-Sakuni radhiallahu 'anhu, he said, "We once sat with the Prophet sallallaahu' alaihi wa sallam ... (then he said his hadith) and before Judgment there were two very devastating deaths, and after that happened years filled with earthquakes. "(Narrated by Ibnu Majah, saheeh).

Ibnu Hajar Al-Asqalani explains the earthquake occurred in almost all corners of the earth. He said, "Quite a lot of earthquakes occur in countries in the north, east and west, but what appears from the meaning of lafadz " many " is to cover the whole and continues." (Fahul Bari 31 / 93-94).

When we hear the news of a person who has fallen into the earth which was torn apart by a devastating earthquake, then this also includes a sign of the end of the Day of Judgment.

The Prophet sallallaahu 'alaihi wa sallam, he said, "Towards the end of the Day of Judgment there will be (people) who are reshaped, drowned in the earth, and stoned." (HR. Ibnu Majah, shahih).

In general, the sign of doom is the occurrence of earthquakes along with disasters and big problems.

Abdullah bin Hawalah radhiallahu ‘anhu said," Rasulullah sallallaahu ‘alayhi wa sallam put his hands on my head, then he said,‘ O Ibnu Hawalah! If you see that the Caliphate has descended upon the purified earths, then the earthquake, disasters and great problems are near, and the Day of Judgment is nearer to humans than my hands are close to you. '"(HR. Ahmad, shahih).

We should introspect ourselves a lot when there are many earthquakes in our area. It could be that this is a sign and warning to all of us to return to God and repent.