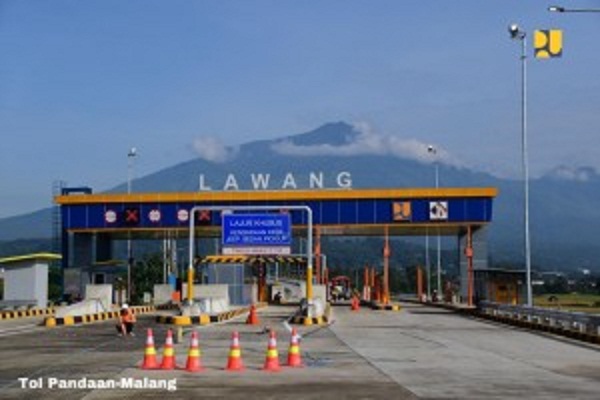 JBN.CO.ID ■ After the trial since May 14, starting from Friday (9/8) at 00.00 WIB, the Gempol-Pandaan Toll Road IC-Pandaan toll road section is 1.5 km long and Pandaan-Malang Toll Road Section III (Pandaan-Singosari) along 30.6 km will be applied.

Meanwhile, the toll tariffs for Purwodadi-Lawang, Purwodadi-Singosari and Lawang-Singosari toll road sections have not changed.

With the enactment of the toll tariff, the magnitude of the distance to the farthest distance from Pandaan Toll Gate (GT) to Singosari GT is Rp. 29,000 for Group I vehicles, Rp. 43,500 for Groups II and III, and Rp. 58,000 for Group IV and V.

While PT JPM President Director Agus Purnomo said that while operating without tariffs the average daily traffic (LHR) of vehicles from Surabaya to Malang or vice versa that passed through the Pandaan-Malang Toll Road reached 35,000 to 40,000 vehicles per day.

"This count is still the LHR only. If the weekend is counted, the traffic served by PT JPM can reach double the normal LHR, which is 70,000 to 80,000 vehicles. We are sure that the enthusiasm of road users is still maintained even though the Pandaan-Malang toll tariff is applied because of the benefits of the toll road itself, "Agus said.

In addition to speeding up travel time, the presence of the Pandaan-Malang Toll Road cuts the cost of mobilizing people and goods. The Pandaan-Malang toll road will also accelerate the growth of the Greater Malang Triangle region, Malang Regency, Malang City, and Batu City.