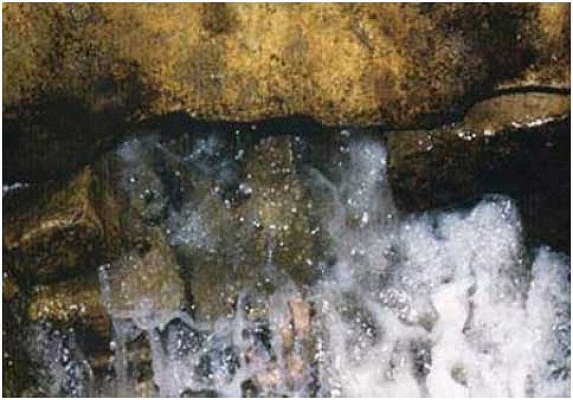 We no longer doubt as Muslims that Zamzam water contains blessings. Narrated from Ibn ‘Abbas radhiyallahu‘ anhuma, the Prophet sallallaahu ‘alayhi wa sallam said," The best water in all the face of the earth is Zamzam water. In it there is food (which arouses) tastes and cures from various ailments. "(HR. Ath-Thabrani in Al-Mu'jam Al-Kabir no. 11167. See Ash-Shahihah no. 1056.).

From Jabir bin ‘Abdillah radhiyallahu‘ anhu, the Prophet sallallaahu ‘alayhi wa sallam said," Zamzam water is in accordance with the intention of drinking it. "(Narrated by Ibn Majah no. 3062, saheeh).

From the words of the Prophet sallallaahu ‘alayhi wa sallam," Zamzam water is in accordance with the drinker's intention ", the scholars understand that this sentence is general. That is, anyone who drinks Zamzam water with the intention of being cured of illness, he will get according to his intentions. Likewise, for anyone who intends to memorize the Koran, memorize traditions, and others. Of course, all that can be achieved with the permission of Allah Ta'ala.

In other words, the hadith mentioned above has a general meaning, both the benefits to be gained are related to the world or related to the religion (the afterlife) of the drinker.

Then, what if someone drinks it in the hope that it will be cured of the interference of jinn, magic or mysticism?

Among the scholars mentioned that humans drink Zamzam water with the intention to get health, and Allah Ta'ala also gave the gift to His servants.

Contemporary scholars disagree over the law of merukyah using Zamzam water. How, we read the verses rukyah by bringing (for example) a glass of Zamzam water to the mouth. After reading verse rukyah, the Zamzam water is drunk.

These two things are certainly better and more perfect in the medical treatment effort. His proof, Rasulullah sallallaahu 'alaihi wa sallam combines the two reasons in his rukyah, for example combining dust (turab) with blowing and prayer (See the hadith narrated by Abu Dawud no. 3885), or between water, blowing and prayer (rukyah).

Rukyah by using certain media does not mean that there is no healing and blessing in something (if without prayer).

Shaykh Al-Albani rahimahullahu Ta'ala argued that the Prophet sallallaahu 'alaihi wa sallam never did, so he also believes the prohibition of this.

His reasoning could be refuted that if something was never done by the Prophet sallallaahu ‘alayhi wa sallam, it does not mean that something is certain (automatically) prohibited. Because the reason for allowing the act is a strong reason, as mentioned earlier. Also, there is no shar'i barrier that causes us to forbid it.

In conclusion, merukyah by using Zamzam water is permissible and more importantly because it is incorporated in it for two reasons for healing.