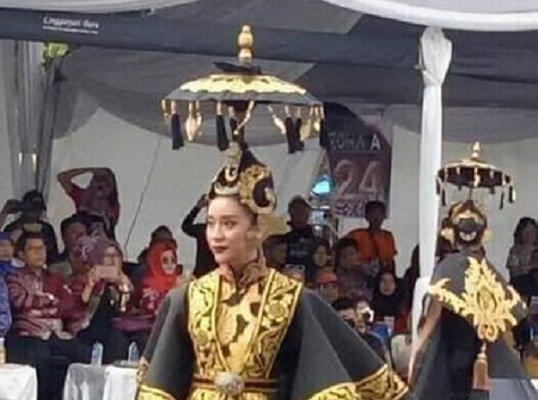 JBN.CO.ID ■ MUI Secretary of East Java Province Muhammad Yunus, deplored the 2019 Jember Fashion Carnaval (JFC) international event, which on August 4, 2019 was considered to violate the norms of decency and religion by presenting disgraceful and dirty performances.

Especially the sexy appearance of the artist Cinta Laura and many other models at JFC 2019 in a vulgar way. In this activity the film star The Ninth Passenger was wearing inappropriate clothes, which were considered to injure the City of Jember as the City of Santri.

"MUI (East Java) and MUI in Jember deeply regretted why a performance appeared that violated the rules, violated ethics and social norms. This was not in accordance with the habits of the people of Jember Regency, the majority were Muslim," Yunus said, Friday (9/8) .

The principle, he explained, needs to be maintained in harmony so that cultural arts activities do not clash with local wisdom, let alone violate religious rules.

"The committee claimed to feel cheated because the artists and models from outside did not deliver the clothes to be used at the event and eventually caused unrest in the community," he said.

Yunus said, the MUI had gathered all relevant stakeholders, including local governments, scholars, community leaders and organizers to deal with this problem properly. Including the government and event organizers to take responsibility for making apologies to the public for their negligence.

"They also have to promise and guarantee not to repeat in the future and make regulations that can be used as a reference for the implementation of similar activities in the future," he said.

Previously, the program was rejected by the East Java Islamic Defenders Front (FPI). They refused and considered this activity to violate the norms of decency and religion.