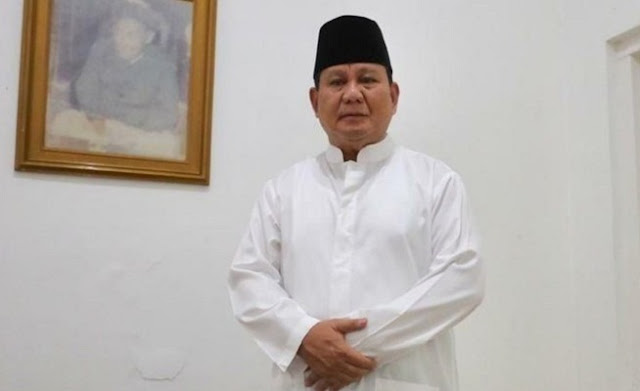 JBN.CO.ID ■ DPP Chairperson Gerindra Prabowo Subianto considered that the charismatic ulame Maimoen Zubair was one of the figures who always inspired him.

"We mourn the death of KH Maimoen Zubair in Mecca today. He is one of the figures who has always been an inspiration to me so far," Prabowo said in his Twitter account @ Prabowo, Tuesday (6/8/2019).

He remembered the figure of Mbah Moen who asked him to always defend the little people. It is always embedded in his mind.

On the other hand, Prabowo invited all Indonesians to perform ghaib prayers in all mosques in Indonesia.

In addition, he invited people to join in praying for the late Mbah Moen to get a glorious place before God.