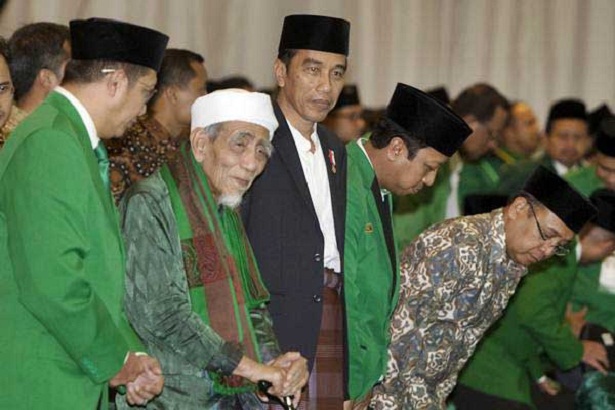 President Joko Widodo (Jokowi) expressed his deep sadness. He said that all Indonesians were greatly lost over the death of the respected religious figure.

He stated that the figure of  KH Maimun Zubair was a charismatic ulame and a reference for Muslims in Indonesia, especially in matters of fiqh.

"On behalf of the government and all the people of Indonesia, we all share our condolences for the death of KH Maimun Zubair. Hopefully it can be received in the best place by Allah SWT and the families left behind are given patience and sincerity," Jokowi said.

The president was also very impressed with Mbah Moen's figure when he came to Al-Anwar Islamic Boarding School.

Even Jokowi was immediately invited to his room to be given an important message.

The messages are so numerous that they cannot be disclosed one by one, Jokowi said when asked the most impressive message from Mbah Moen.