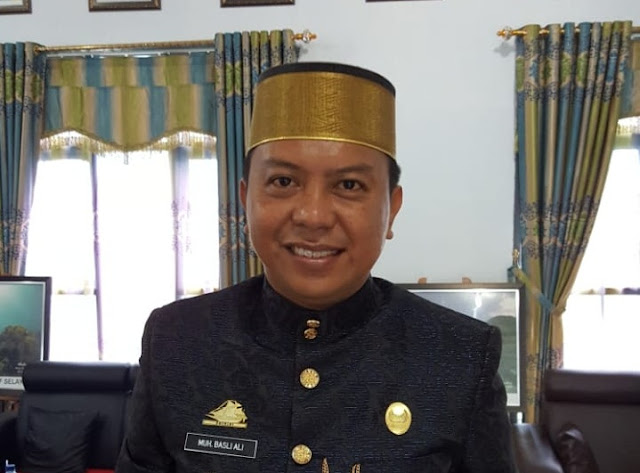 To develop marine tourism in the Selayar Islands, Basli Ali has held a special meeting with the Chairman of the Indonesian Tourism Industry Association (GIPI) Didien Junaedy, at Wisma Nugra Santana Jakarta.

After a special consultation and coordination meeting on marine tourism in the Selayar Islands, which was also attended by several officials of the Maritime Tourism Entrepreneurs Association (GAHAWISRI), GIPI Chairperson Didien Junaedi together with the team, agreed to come to the Selayar Islands district.

Not only that, Selayar Archipelago Regent Basli Ali when attending the Lembang Sembilan National Work Meeting (Rakernas) at the Mercure Sabang Hotel in Jakarta also immediately conveyed the benefits of marine tourism to the Minister of Tourism of the Republic of Indonesia (RI) Arief Yahya.

Basli Ali with young Selayar Rapsel Ali entrepreneurs, in discussions with Arief Yahya, discussed the problem of tourism in the Selayar Islands Regency.

One of the points discussed was Selayar to the Special Economic Zone (KEK) in the field of tourism.

In several locations in the marine tourism area of ​​the Selayar Islands, within a certain period of time there appear to be many social activities to clean the beach by involving the people of the Selayar Islands. The aim is to maintain environmental health and beach cleanliness.

Then what about the Special Economic Zone (KEK) program in tourism which was initiated by the Selayar Regency Government? Until now, the maximum results have not been obtained, as expected.

Even so, Basli Ali remains enthusiastic and not desperate to manage professionally.

The latest news, he brings a tourism event titled Selayar Half Marathon 2019.

Hopefully this will come true.