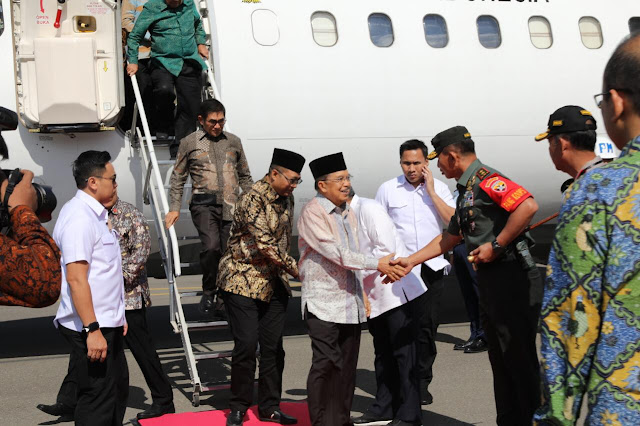 JBN.CO.ID ■ Again, Indonesia presents the world of pesantren back with entrepreneurship intake. One of them is Dea Malela Islamic Boarding School, now a choice of parents so that their children have international abilities.

This was stated by the Chairperson of Lajnah Tanfidziyah or Chairman the Islamic Syarikat (SI), Dr. Hamdan Zoelva during the groundbreaking ceremony of the construction of the JK Building entrepreneur training center at the Dea Malela International Islamic Boarding School, Sumbawa, West Nusa Tenggara, Saturday (3/8).

"Dea Malela's modern international Islamic boarding school in Sumbawa can be a choice for parents who want their children to be strong in religious knowledge, science, entrepreneurship and leadership with international capabilities," he said, responding to the existence of the boarding school.

Indeed, said Hamdan, the modern international boarding school Dea Malela Sumbawa is still relatively new and not yet familiar to us.

"This pesantren has only been built for 4 years with buildings and classrooms, male and female dormitories, ustadz houses, mosques, soccer fields and various other facilities," he said.

As is known, this boarding school was established by the Former Chairman of Muhammadiyah who is now the Head of the Central MUI Advisory Council, Din Syamsuddin.

What's interesting about this Islamic boarding school, added Hamdan, with its location far from the noise of the capital, was between the mountains in Lanangguar Village, Sumbawa Regency, NTB province.

This is what makes the place unique. In addition, the boarding school focuses on forming superior santri characters.

"Willing to produce superior Santri from various aspects to build civilization. This is a very extraordinary idea of ​​its founder from Prof. Din Syamsuddin," Hamdan added when accompanying Vice President Jusuf Kalla, today.

The groundbreaking ceremony for the construction of an entrepreneurship training center building was also attended by the Governor of NTB, Zulkiflimansyah, the Udayana Military Commander, Maj. Gen. Benny Susianto, the Minister of Industry, Saleh Husin, Din Syamsuddin, and others.