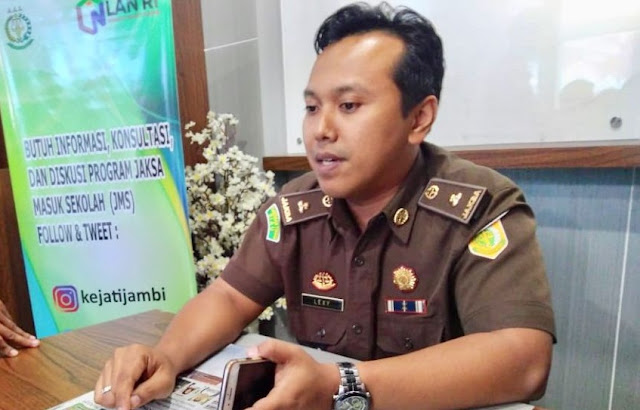 JBN.CO.ID ■ Regarding the alleged corruption case of the UIN STS Jambi auditorium, the High Prosecutor's Office (Kejati) in Jambi examined eight witnesses including the Head of the General Planning and Finance Administration (AUPK) of STS Jambi UIN, Johanis.

One source at the Jambi Kejati said that the inspection had been conducted since 08.00 WIB. According to the information examined there were eight people.

"Eight people were questioned, those already investigated," he said.

To note, previously the Commitment Making Officer (PPK), Vendor, Supervising Consultant, Project Treasurer, and one other person have undergone an examination at the Jambi Prosecutor's Office.

This development itself is known to be sourced from the State Sharia Securities (SBSN) fund in 2018. With work done by PT Lambok Ulina through Hadri Hasan's Decree as UIN Chancellor as well as Budget User Authorization (KPA) with agreement letter number 46-Un.15 / PPK -SBSN / KU.01.2 / 06/2018 to begin the implementation of work for 208 calendar days from 7 June 2018 to 31 December 2018.