The Purpose of Collecting Objects for Cultural Arts in Denpasar

The Purpose of Collecting Objects for Cultural Arts in Denpasar 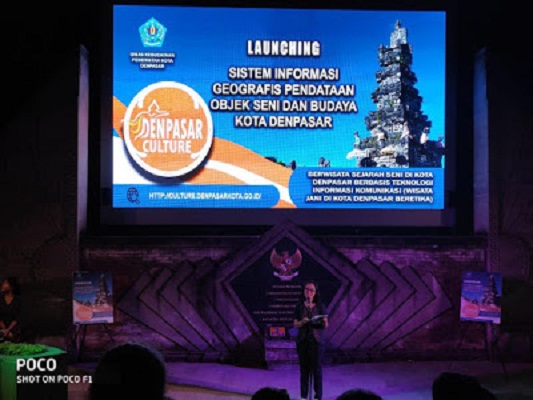 JBN.CO.ID ■ Denpasar City Government gives serious attention to the progress and preservation of culture. Therefore, as an effort to continue to support cultural progress as well as inventory art and cultural heritage in the city of Denpasar, Denpasar City Government through the Office of Culture innovated through the Geographic Information System for Collection of Denpasar Arts and Culture Objects launched digitally by Denpasar Culture Head, IGN Bagus Mataram in Denpasar Amphiteater, Yputh Park, Lumintang City Park, yesterday.

The launching of the innovation was marked by the presentation of Genggong art E-Book and a tutorial on the use of information systems for data collection on art and culture objects.

READ ALSO: Why Must Be Special in Shalat?

"Nowadays there are a lot of cultural arts in the city of Denpasar that are almost extinct, so by cooperating with the community to actively participate in preserving the cultural arts by registering in the information system for collecting data on art and culture objects," he explained.

Furthermore, it was explained, in this digital-based information system, besides being able to become a vehicle of conservation that leads to cultural strengthening in accordance with the mandate of Law Number 5 of 2017, it can also be a tourist promotion vehicle packed in Art History Travel in Denpasar City.

So this program can be useful in attracting people to participate in providing information regarding the types of arts and culture in Denpasar City.