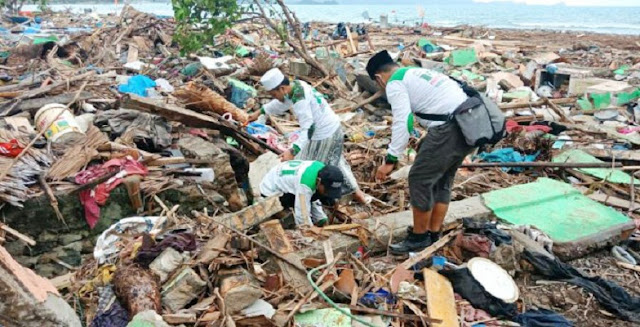 JBN.CO.ID ■ The virtual world is re-enlivened with the issue of the Islamic Defenders Front (FPI). But this time, it was not asked to be dissolved but rather to support FPI.

After the #SaveFPI hashtag, the line users of the Twitter period again echoed the #KamiDukungFPI tag. Until now, the hashtag is still a hot topic for Warganet on the Twitter timeline.

In fact, the Ministry of Home Affairs said that it was not certain to extend SKT even though FPI had met administrative requirements.

Meanwhile, Coordinating Minister for Politics of Law and Security, Wiranto said the government was still evaluating FPI so that the permit had not been extended. In this way, the government can assess whether or not the FPI deserves an extension of the permit.

"Why haven't we given it? "Because we are still investigating, an evaluation of its activities is carried out as long as he (FPI) exists," Wiranto said on Friday (7/19).

The hashtag was also triggered by a statement by President Joko Widodo (Jokowi) in an interview with the Associated Press (AP), Friday (27/7), which was published on Saturday (27/7). He opened the possibility of the government not extending the FPI's license as a community organization (Ormas).

"Yes, of course, very possible. If the government reviews from a security and ideological point of view it shows that they are not in line with the state, "Jokowi said as quoted by the official AP website on Sunday (28/7).