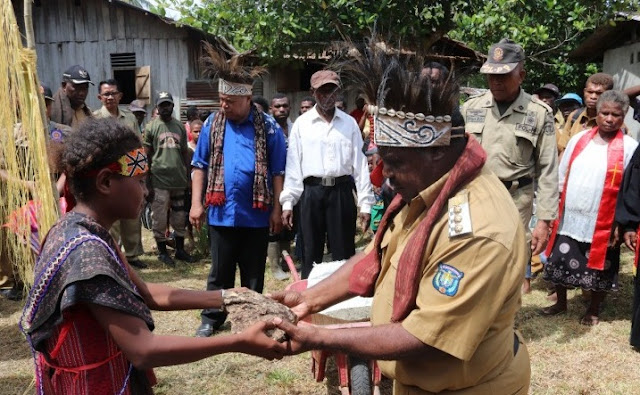 Through the agriculture and forestry bachelor this area is expected to be able to take part in development in agriculture.

"The effort of the Ministry of Agriculture to print 1 million millennial farmers is indeed very appropriate because agricultural land such as in Sorong Regency until now is still potential to be cultivated," said the Regent of Sorong, Dr. Johny Kamuru, in Sorong, yesterday.

As per development, more and more generations now want to enter the world of agriculture, both individuals and teams.

"The Sorong Regency Government supports a breakthrough (program) of 1 Million Millennial Farmers initiated by Ministry of Agriculture. Therefore, millennials in Sorong Regency will be invited to become supporters of development in the field of Agriculture," said Kamuru Regent.

Farmers in Indonesia, should give their highest appreciation to Andi Amran Sulaiman. The Minister of Agriculture is considered to have worked hard, fought for the interests of farmers and succeeded in realizing various achievements in the agricultural sector.

The Ministry of Agriculture continues to reach the target of Indonesia Food Barn 2045. For the past four and a half years, the stages have become very clear and tangible.

"We must continue to support the government to realize these great ideals," said Dirman, one of the farmers in Aimas, Wednesday (07/31/2019).

The success of agricultural programs and policies can be seen from many achievements. Such as increasing production per hectare and breakthrough programs such as #Serasi (Save Farmers' Swamp Prosperity).

"It is this program that gives great hope to reach the Indonesia World Food Barn. Plus, with such good performance from the Sorong Regency Government, it was proven by the achievement of the PAPs six times in a row and awards from various parties, especially to the performance of the Sorong district government, "he said.

Efforts to increase the capacity of farmers, especially millennial residents to become modern farmers to support the development of this region in the future, need the support of various parties.