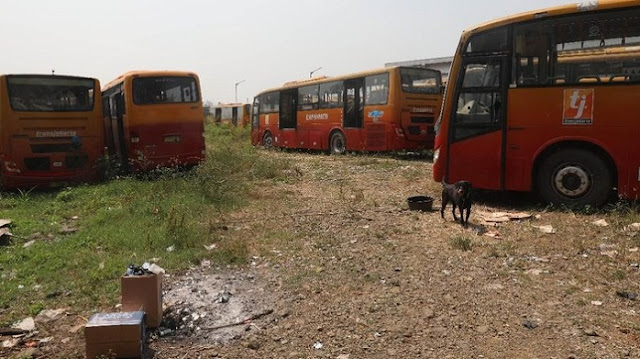 The procurement of 483 Transjakarta bus units was carried out in 2013, precisely in the era of the government of Joko Widodo - Basuki Tjahaja Purnama (Ahok), which at that time led the DKI Jakarta Provincial Government.

At that time the DKI Provincial Government had deposited a down payment (DP) of Rp110 billion.

"The follow-up of this case is brought to the legal domain for the return of 20 percent of the advances already received," said Head of DKI Jakarta Transportation Agency, Syafrin Liputo in Jakarta, Sunday (07/28/2019).

Syafrin said, the legal steps taken by the DKI Jakarta Provincial Government were based on audit reports (LHP) from the Supreme Audit Agency (BPK).

He said, the DKI Jakarta Provincial Government had deposited an advance of around Rp110 billion for the procurement of buses.

The nominal must be returned by a third party, in this case a number of companies have won an auction for the Transjakarta bus procurement tender because the procurement agreement with a third party has been declared null and void.

"We were asked to ask a third party to return the deposit that had been deposited, which had been withdrawn by them," said Syafrin.

He has not provided further explanation about which company will be sued.

"We have sent a letter to the Legal Bureau. It is in the process. I have not received a report about how many records there are," Syafrin concluded.

Currently, buses that are produced from problematic procurement only become 'junk'. Green stickers with black writing scattered in front of the glass line of the Transjakarta bus which piled on the ground in front of Karya Bakti Pertiwi Hospital, Jalan Raya Dramaga, Bogor.

One sticker reads information that basically the bus is an asset of the Transjakarta bus procurement company, which is now bankrupt.