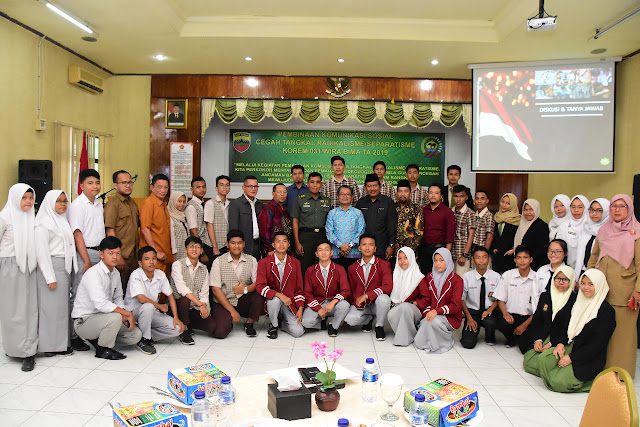 The event which was attended by around 100 participants consisted of Organizations such as HIPAKAD, FKPPI, Menwa and High School Students, carrying the theme "Through Social Development Activities Preventing Radicalism Separatism, We Strengthen Mentality and Understand Pancasila Ideology to Prevent Hazard Threats of Radicalism in Realizing Tough Fighting Tools "

Major Inf Sudiono said that this activity aims to improve understanding of social communication in supporting the main tasks of the TNI, especially in the implementation of regional guidelines, through the TNI - People's unit, we realized in preventing Radicalism and Separatism.

According to Sudiono, this activity is expected to increase supervision and early detection of group movements that lead to radicalism that leads to the younger generation, especially those that have been banned.

"As for young people, do not be easily influenced by issues that are not true and are expected to be able to build a nation and state so that they are more advanced, safe and prosperous," he said. 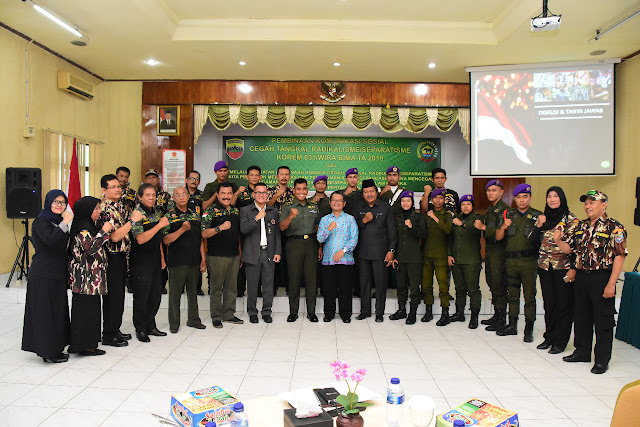