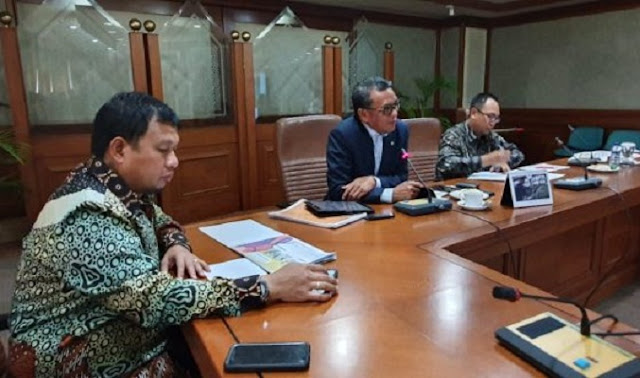 JBN.CO.ID ■ South Sulawesi Governor Nurdin Abdullah said the concept of developing South Sulawesi at BPPT in detail. One of them is South Sulawesi, which will be directed to concentrate on being an agricultural producing area.

"South Sulawesi will be an area that will contribute agricultural products and meat products nationally," he said yesterday

In addition, he also said that South Sulawesi would become a national food barn.

To restore the status of South Sulawesi as an area of ​​agricultural, fishery and livestock products, the government developed a pattern of cooperation with universities and businesses.

"Now it has been exported to 27 provinces," said the former Indonesian Secretary of Apkasi accompanied by Acting Mayor of Makassar Iqbal Suhaeb.

"Furthermore, the resource potential of South Sulawesi must be optimized to become a source of income. Together with universities, we will continue to study and guard superior products," explained the former Regent of Bantaeng, two periods.

According to BPPT, the Governor of South Sulawesi has implemented a policy of developing farmer groups and SMEs through Michi no Eki.

Therefore BPPT hopes that in the future, there will be an increase in the status of SMEs towards high quality and become a profit center, because so far the GDP growth of South Sulawesi is more than vehicle tax.