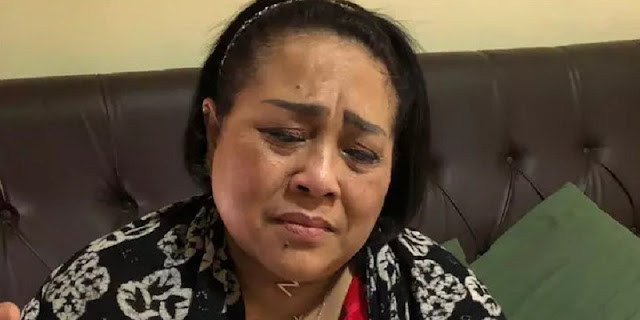 INFONEWS.CO.ID ■ One more Indonesian comedian caught in drugs. Nunung Srimulat and husband were arrested by police at his residence.

Nunung Srimulat and husband, allegedly using shabu. Both were arrested at his home in the Tebet area, South Jakarta.

The police also confiscated evidence in the form of cash and cellphones.

"For the second and third suspects (Nunung and husband) were arrested on Friday, July 19, 2019 at 1:15 p.m. at the residence of suspects 2 and 3 with evidence in the form of a packet of shabu weighing 0.36 grams, two small packages of used shabu-shabu, three plastic suction devices, one plastic spoon, one plastic bottle as a bong, one gas lighter and four cellphones, "he continued.