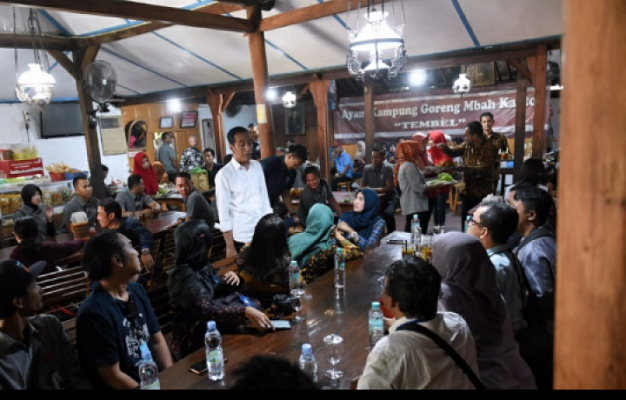 JBN.CO.ID ■ President Joko Widodo admitted that he had already started many names in the drafting of the 2019-2024 cabinet. But until now there have not been many developments in the preparation of the new cabinet.

The entry of many of these names according to Jokowi is expected to be more choices and alternatives.

The former Governor of DKI Jakarta also mentioned that if the dynamic world development needs to get a quick response.

"And also enough energy is needed, which is owned by young people," he said again.

While it was related to the dissolution of the National Campaign Team (TKN), Jokowi said that there was no need to form a joint secretariat for coordination. Because all this time the communication with TKN went well.

"It can be by telephone or meeting, if there is nothing important, no (see)," he said.

Although TKN has been dissolved, it believes that the supporting party remains solid. This has been proven for the past 5 years, even though the joint secretariat remains solid.

"For the past 5 years there has been no office, no joint secretariat is also fine. The important thing is there is communication," explained the former Mayor of Solo again.