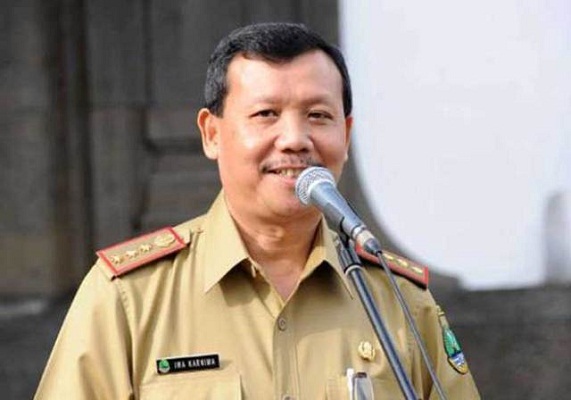 According to him the new West Java provincial government will immediately confirm the clarity of the news even though the determination of the Iwa Karniwa suspect has been officially released by the Corruption Eradication Commission (KPK).

Head of the West Java Provincial Public Relations and Protocol Bureau, Hermansyah admitted that he had just learned about the news. It will communicate first with relevant parties and until now he has not received communication with Iwa.

"I just found out the news. There has been no contact with him (Iwa) and also has not contacted the law firm too," Hermansyah said when contacted on Monday (7/29/2019) night.

According to Hermansyah, his party will provide information until tomorrow after confirmation from the concerned.

"It's better tomorrow, because we are still waiting for confirmation of the details," Hermansyah said.

Previously, the Bekasi District RDTR Perda was needed for the Meikarta project licensing purposes. Iwa allegedly received Rp. 900 million from Neneng Rahmi Nurlaili, who at that time was the Head of the Spatial Planning Division of the Public Works Office of the Bekasi District Government.

The money given by Neneng Rahmi to Iwa was called the KPK from PT Lippo Cikarang.