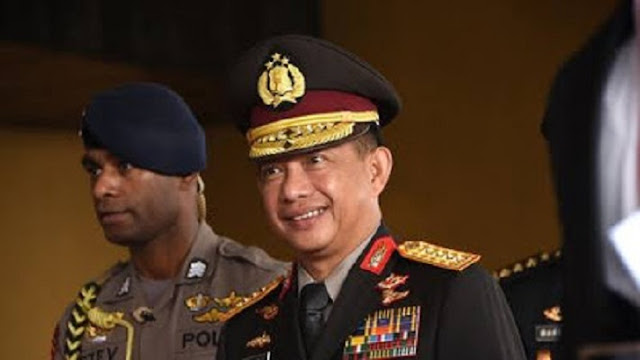 INFONEWS.CO.ID ■ The Executive Committee of the Islamic Students Association (PB-HMI), through the Chairperson of the PTKP, Akmal Fahmi, said that the Chief of Police, Tito Karnavian, had failed in handling the attack on the Baswedan novel.

"The case experienced by the Baswedan novel has to this day not been clear about who is actually the mastermind behind the watering of hard water against the novel," he said yesterday.

This, he said, was a public question. There is no kind of omission. If indeed the direction there will be a danger for safety and security for KPK officers in working to clean the corruptors in Indonesia.

"The government should be fully responsible for the settlement of the case for the security and safety of the people and the Sovereignty of the Republic of Indonesia in the future," he said at the PB HMI secretariat in Jakarta, on Sunday (07-21/2019).

Akmal also criticized the performance of the National Police Chief who was seen as fearful, so the police were very complicated to solve the cases experienced by the Baswedan novel.

Not only that, Akmal also considered the Joint Fact Finding Team (TGPF) that had been formed and worked for 6 months was not optimal in carrying out their duties.

"We also consider that the promoters owned by the National Police, professional, modern, trustworthy, need to be reviewed, in exposing the crimes in this country," he said.

If indeed the National Police Chief is incapable, said Akmal, in revealing the case that befell the Baswedan novel, it is better that it is time for him to stop from his position as Chief of Police and be replaced by others, who and able to disclose cases like the Baswedan novel, "he concluded .