Case Kivlan Zen, Lawyer: Hopefully there will be no intervention

Home   ELECTION POLITICS Case Kivlan Zen, Lawyer: Hopefully there will be no intervention

Case Kivlan Zen, Lawyer: Hopefully there will be no intervention 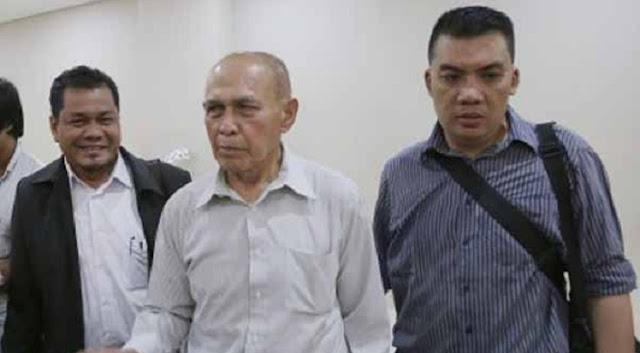 JBN.CO.ID ■ Kivlan Zen said that he was optimistic that the South Jakarta District Court granted the pretrial lawsuit filed in connection with the determination of the suspect by the police.

Kivlan's lawyer, Tonin Tachta in Jakarta, Tuesday (07/30/2019), said that the South Jakarta District Court held a hearing on the pretrial verdict submitted by Kivlan Zen regarding the alleged possession of illegal firearms starting at 10:00 WIB.

Tonin said he was optimistic that the judge would give all claims related to the investigation, determine the suspect's status and detain Kivlan.

"Hopefully there will be no intervention," he told reporters today.

Police have appointed Kivlan as a suspect in the case of alleged possession of illegal firearms. Determination of suspects related to the development of riot cases on 21-22 May 2019.

Kivlan was later held in the Guntur Polda Metro Jaya detention center since May 30, 2019 for 20 days. The police then extended Kivlan's detention period for 40 days from last Tuesday (6/18).

Kivlan filed a hearing to sue the Metro Jaya Regional Police for objections to the status of the suspect in the case of alleged possession of illegal firearms.

The former Chief of Staff of the Army Strategic Command through his lawyer, Tonin Tachta, asked the panel of judges to cancel the status of the suspect's client because it was considered a procedural defect. Kivlan requests are recorded with the case number 75 / Pid.Pra / PN.JKT.SEL.

Kivlan was also accompanied by the Legal Defenders Team (TPH) from the Indonesian Armed Forces Headquarters (TNI) during the pretrial hearing.