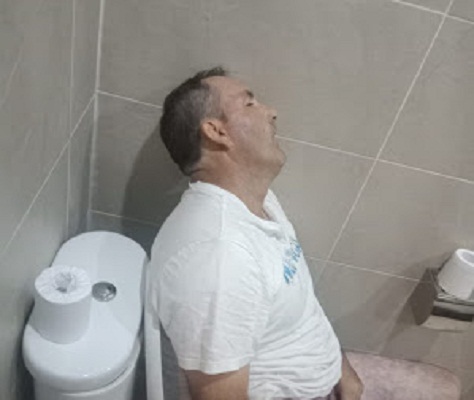 Meanwhile friend of the victim, Kurt Lord (39) from Australia explained that the victim checked in at Villa Raka on Tuesday (23/7) around 14.50 Bali time, along with three other friends, who were recorded in the name of Simon Richard Mark Hancock (Victim ), Patricia Pecevce and Kendele Osbourn, Australia. They plan to stay until Monday (29/7).

After check-in, the three victims' friends left Villa for dinner, while the victims were at the Villa themselves.

"Around 8:05 a.m., when we returned to the Villa and found the victim sitting on the toilet, unconscious, his head tilted to the left and then the victim's friend contacted Villa staff to contact the hospital," said Kurt Lord.

20 minutes later, the Siloam Hospital Ambulance with the medical team arrived at the scene and then carried out medical examinations such as heart rate, heart and student casualties and after the examination the victim was declared dead, without any signs of violence resulting in the death of the victim.