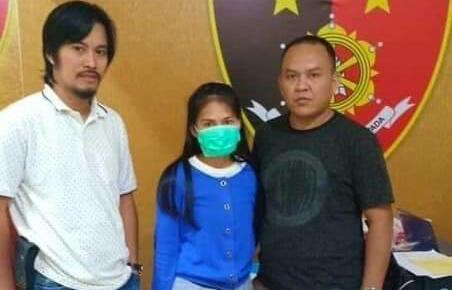 Because his account often posts, writing sentences suspected of blasphemy.

"We have secured and temporarily in the process of investigation," he said on Sunday (7/14/2019).

In addition, Palopo Regional Police also examined Eka Trisusanti Toding's Facebook account to ensure the authenticity of the account or that someone else was using it.

Eka was secured after her posting was viral on a number of social media so that it troubled netizens.

He added, this secured woman claimed to be a teacher at one of the foundations in Balikpapan City.

Allegedly Eka Trisusanti Toding posts like that because of her religious fanaticism.

"He claimed the issue of fanaticism. But for more details we will find more information," he added.

Previously, due to the act of women who claimed to be masters alumni of one of these campuses, dozens of Palopo people went to Mapolres.

Palopo people were furious and then reported officially the alleged acts of blasphemy that had been carried out by residents of Jl Rusa, Palopo City.

Residents hope the perpetrators of blasphemy can be punished according to applicable regulations.

"Don't let people who sow hatred do whatever they want in this city," said Daeng Tata, a resident of Palopo, today.