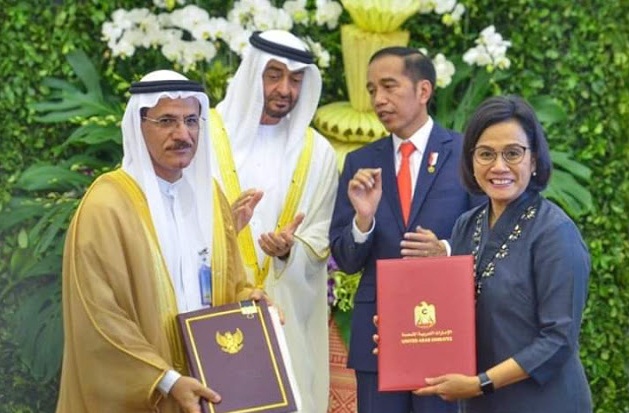 In addition, the Foreign Minister continued, there were 3 Business to Business MoUs signed, namely first between Pertamina and Adnoc for the development of Balikpapan's RDMP, Integrated Supply Chain, LNG Storage.

Then the second was between PT Chandra Asri and Mubadala for the new napta cracker and petrochemical complex project.

In addition, according to the Foreign Minister, President Jokowi together with Sheikh Mohamed discussed the projects that could be carried out together.

"So the three that have been signed, there are currently several that are being discussed but have talked about future cooperation," he said.

"So I think this is besides a very historic visit, this is also a very straight forward, concrete, detailed visit to talk about economic issues," said the Foreign Minister.